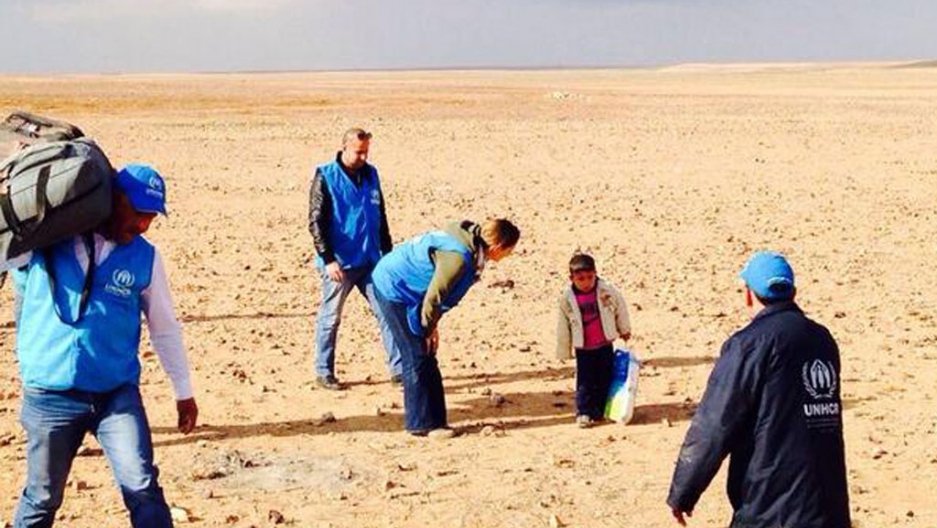 Marwan, a 4-year-old Syrian refugee, is assisted by UNHCR staff as he crosses the desert that straddles the Syrian border with Jordan. He had been temporarily separated from his family as they tried to flee the violence in Syria. UNHCR posted this image on Feb. 16.
Credit: UNHCR
Share

UPDATE: According to an Open Newsroom investigation, a UNHCR press officer who was on the scene said the child's family was just "20 steps ahead." UNHCR representative Andrew Harper who originally posted the shot that went viral posted a new image of Marwan 24 hours later but gave no further information about how he was lost.

A UNHCR staffer tweeted a photo of 4-year-old Marwan, who was temporarily separated from his family when they were trying to escape Syria's violence.

Marwan is one of more than 1 million Syrian child refugees since late 2013. Children make up half of all refugees from the country, according to the UN. Most Syrian refugees have fled to neighboring countries like Lebanon, Jordan and Egypt, as well as to North Africa and Europe.

GlobalPost Senior Correspondent Tracey Shelton has been reporting on the country's violent civil war and its ever-widening effects.