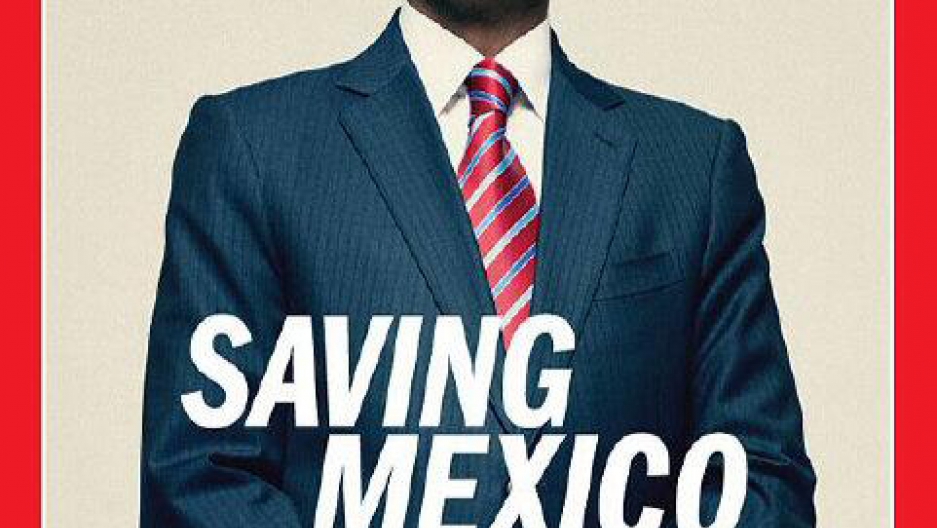 BOSTON, Mass. — The upcoming issue of Time features Mexico’s president, Enrique Pena Nieto, on its cover. That has made the magazine more than a few new enemies.

Time’s cover has been known to provoke. But could the mag have expected this reaction? Many readers said they should have known better.

Several tweeters responded by accusing him of doing just that. How else, they reasoned, would a reporter write something they considered fawning of their president and selling his line that the country is moving on up.

The article does portray a country on an upswing — at least, in New York investors’ eyes — and a leader who, after his first year in office, has enjoyed greater success reaching across the political aisle than his US counterpart.

It also hits on some of Mexico’s deeply entrenched problems of corruption and violent crime, and interviews critics of the administration as well as supporters.

Crowley was reporting just as the western state of Michoacan was about to boil over with armed self-defense militias taking on a powerful organized crime gang, and shaping up to be the Pena Nieto administration's biggest security test. The article nods to that troubling situation as well.

Still, the bold cover — the polished Enrique Pena Nieto SAVING MEXICO — was found to be highly offensive, especially to those who hate what the government has stood for. That includes a key reform: opening up Mexico's state-run oil industry to allow foreign companies to partake. That no doubt inspired the clever mockery — SELLING MEXICO (see memes below).

The cover was timed right with President Barack Obama and Canadian Prime Minister Stephen Harper headed to Toluca, Mexico this coming Wednesday for a powwow with their NAFTA partner.

Come to think of it, Time ran a glowing cover story about another emerging Latin American economy ahead of a visit by Obama. “The Colombian Comeback” read the April 12, 2012 front page, with a closeup of President Juan Manuel Santos.

Yet that edition apparently did not spark anywhere near the vitriol of the Mexico cover.

The very suggestion that Pena Nieto could alleviate Mexico’s woes has unleashed a vicious mud fight on the interwebs.

Much of the response has been nasty, some of it quite hilarious. The mocking memes that spontaneously flooded social networks Friday were worthy of the Onion.