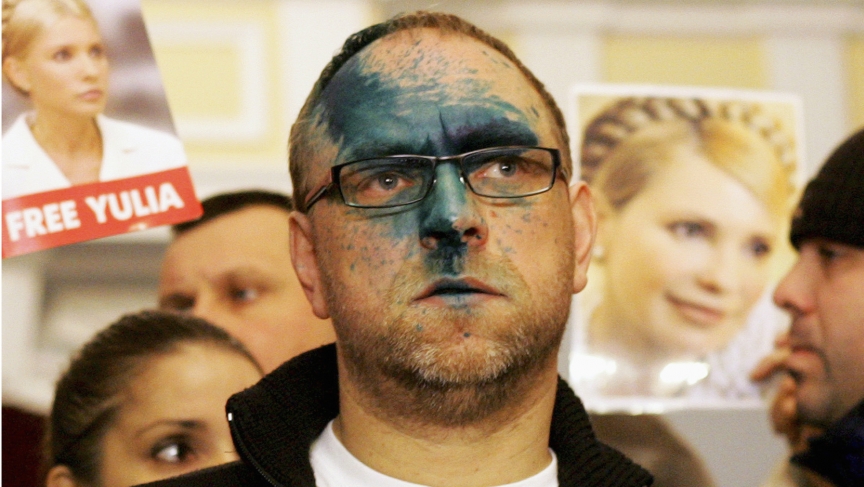 Arseniy Yatsenyuk, a key opposition politician from Ukraine, was covered in a dark green liquid on February 12 when he went to visit Ukraine's imprisoned former prime minster, Yulia Tymoshenko. He's not the first anti-government activist or official to sport the green stain, either.

That's because pro-government activists are throwing a common, Soviet-era topical antibiotic on opposition protestors. It's a way of showing aggression toward political opponents, according to The Atlantic. The stuff is harmless on the skin, but difficult to wash off. It's use has become so common that many opposition politicians just carry on with what they were doing before they were doused with it.

Russia has banned all single people — regardless of their sexuality — from adopting Russian children, if they are from a country where gay marriage is legal. The change was introduced Thursday, when the prime minister amended a law that prohibited adoptions by gay people. American citizens won't be affected by the new law, according to Time magazine, because Russia has already banned any adoptions by US citizens.

This is the latest in a series of laws targeting gay people passed by the country. Throughout the Winter Olympics, gay activists have been protesting against a controversial law outlawing "homosexual propaganda," which they claim effectively makes any gay person or gay activist vulnerable to arrest.

You won't see this side of Sochi on NBC

Sochi has had a multibillion-dollar makeover for the Winter Olympics. But there is another side to the city. It was developed by Lenin so workers could have free vacations, and it borders major areas of conflict — Chechnya and Abkhazia.

Filmmaker Arnold Van Bruggen and a team of multimedia artists started documenting the transformation of Sochi for the Olympics nearly seven years ago. "The Sochi Project" aimed to show the real face of the city, and the team traveled back and forth to the Caucasus region until the group was denied visas in June, 2013. PRI's The World has photos and the story of how their work became a book called "An Atlas of War and Tourism in the Caucasus."

Why are are these people altering their fingerprints?

Immigration officials in the Dominican Republic have noticed a strange new trend — people surgically altering their fingerprints. The BBC reports that a spate of passports with updated prints have triggered an alert at the country's Passports Department.

The motivation behind this sudden surge in alterations is unclear, but it seems to be an attempt to alter biometric data, which reveal someone's true identity and their history. Immigration officials are often looking for people deported from other countries. Experts warn, however, that fingerprints will grow back — so this isn't a scheme that will work longterm.

East Timor makes its debut at the Winter Olympics, with a new name

To compete at the Olympic level, athletes overcome enormous obstacles. But East Timor's Yohan Goncalves Goutt has had it harder than most — he's a downhill skier from a country where it doesn't snow. In fact, they don't even have a word for what he does. Locals call it "snow skating."

So how did Goncalves Goutt become the nation's first-ever winter Olympian? He told PRI's The World it's all due to his French father and Timorese mother: "I like to say that my mom gave me the heritage, the spirit, and the blood. And my dad gave me this very French thing that, in winter, we go skiing. So I basically combine both." His nation is now officially known as the Democratic Republic of Timor-Leste.

Friday brought a round of heavy snow to Japan that shut airports, clogged roads and killed two people. At least 413 people were injured in snow-related incidents. The city of Kofu reported more than 19 inches of snow, while other cities had a more pedestrian 2-10 inches, according to the Japan Times. 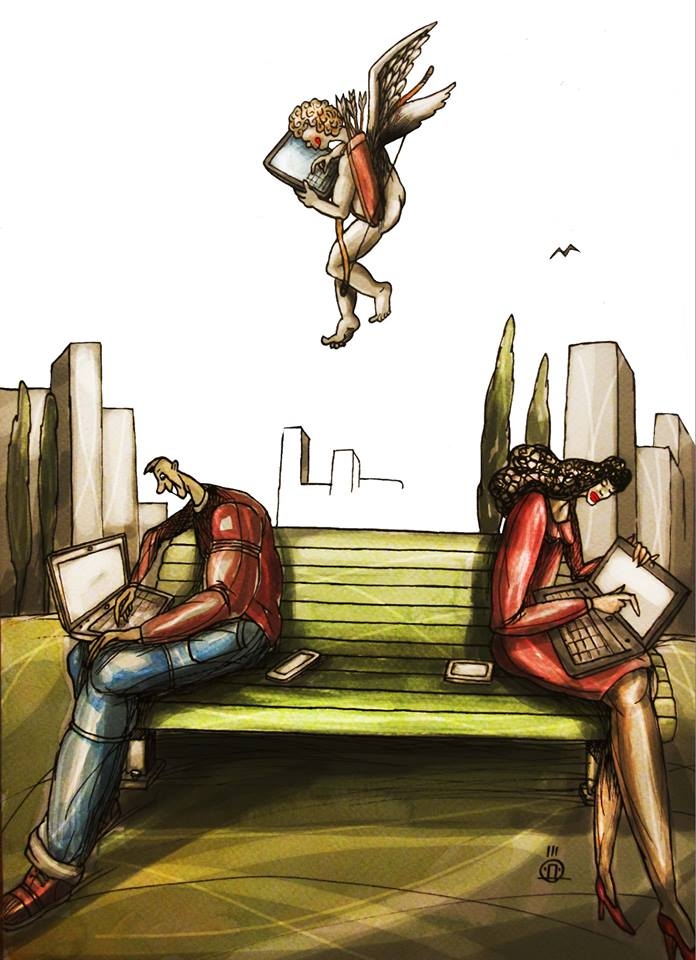 Cupid has to compete with screens in this Valentine's Day cartoon by Montenegro's Darko Drljevic.