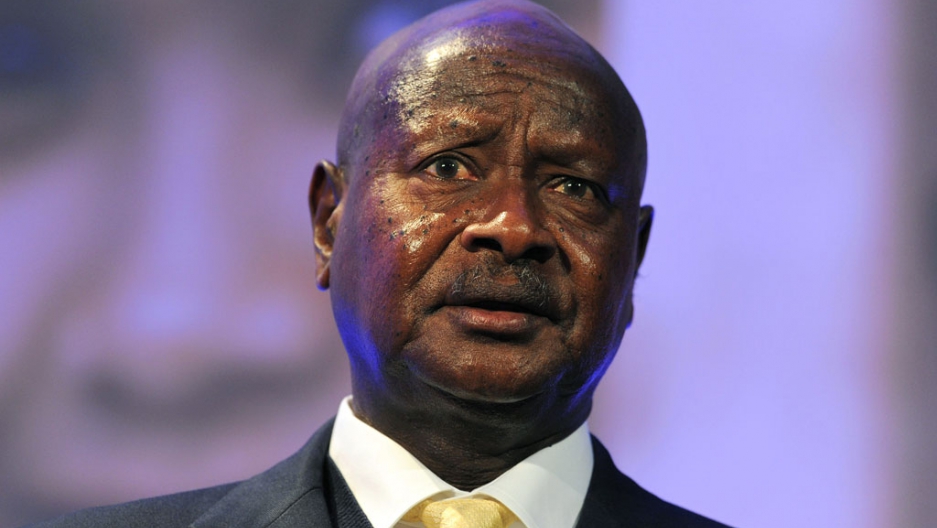 Ugandan President Yoweri Museveni said on Friday he would sign a controversial anti-gay bill into law, warning that those who promoted homosexuality would be dealt with harshly.

Museveni last month indicated he was planning to shelve the bill, which has attracted fierce criticism from Western donors and human rights groups since its inception in 2009.

Homosexuality is taboo in African countries and illegal in 37. Activists say few Africans are openly gay, fearing imprisonment, violence and loss of their jobs.

During a conference held by Uganda’s ruling National Resistance Movement (NRM) party, a group of scientists presented their findings on homosexuality to Museveni.

“(Museveni) declared that he would sign the bill since the question of whether one can be born a homosexual or not had been answered,” Anite Evelyn, spokesperson for the NRM party conference, said in a statement.

More from GlobalPost: How American evangelicals made life unbearable for Uganda’s gays

A ministerial committee examining the issue issued a statement on Friday saying there was no gene for homosexuality and that it is “not a disease but merely an abnormal behavior which may be learned through experiences in life.”

At the conference, Presidential Advisor on Science Dr. Richard Tushemereirwe told Museveni that “homosexuality has serious public health consequences and should therefore not be tolerated.”

The bill was first introduced in 2009 and initially proposed a death sentence for homosexual acts, but was amended to prescribe jail terms and life for what it called aggravated homosexuality.

Museveni is viewed as trying to please a conservative local constituency vehemently opposed to homosexuality but also to avoid alienating Western aid donors to the east African country.

“The president emphasized that promoters, exhibitionists and those who practice homosexuality for mercenary reasons will not be tolerated and will therefore be dealt with harshly,” Evelyn said in a statement.