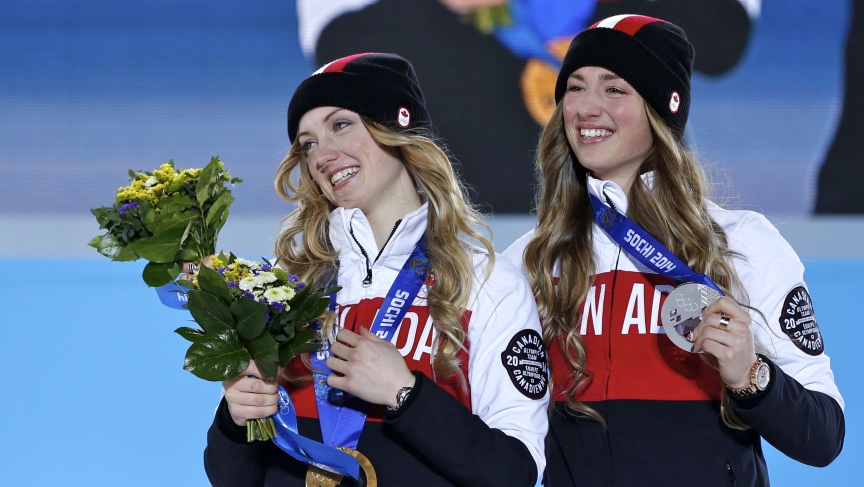 Almost every Canadian is watching the CBC right now because it has the broadcast rights to the Sochi Olympics.

This week, the people at Sun News decided they would make some news.

Host Brian Lilley brought “linguistics expert” Harley Sims onto his show to talk about how the CBC was pronouncing names — the names of Canadian medal winners: Justine and Chloé Dufour-Lapointe, Charles Hamelin and others.

Lilley and Sims didn’t like the French-sounding way that some CBC announcers were pronouncing these names. They had no objections to French-language TV using native French pronunciation. But on English-language TV, they said, the names should be anglicized. “Clo-AY” should become “CLO-ee,” and “Sharl” should become “Charls.”

“I’ll stick with the way we pronounce names in English,” said Lilley. “I will still say congratulations to Justine [pronounced the English way].”

The CBC’s overly-French pronunciations are “so selective and arbitrary of what’s politically correct and what isn’t,” said Sims.

It was classic Canadian button-pushing, like playing the race card in the US or playing the class card in the UK. In Canada, if you want to start a political fight — or if you just want attention — you play the language card.

Even though very few Canadians were watching, with the Olympics over on the CBC, word got out. By the next day, it was the talk of the talk shows.

The outrage quickly grew. People called Lilley a “redneck,” “mind-bogglingly stupid,” and worse. Much of the anger came from Quebec.

It proved too much for Lilley. He apologized.

This is the stage in the story when Canada’s Sun News stops behaving like America’s Fox News.

In his broadcast apology, Lilley said he worked in a bilingual newsroom, and his wife is from Quebec. He said some of his relatives are native French speakers.

“The focus should be on the [Olympic] athletes,” said Lilley. “It shouldn’t be on dividing Canadians, language by language, and trying to set French against English. It’s not what I intended. It is what happened, and therefore I apologize.”

Moral of the story: don’t play the language card during the Winter Olympics. It’s a time when Canadians of all stripes seem pretty happy about being Canadian.