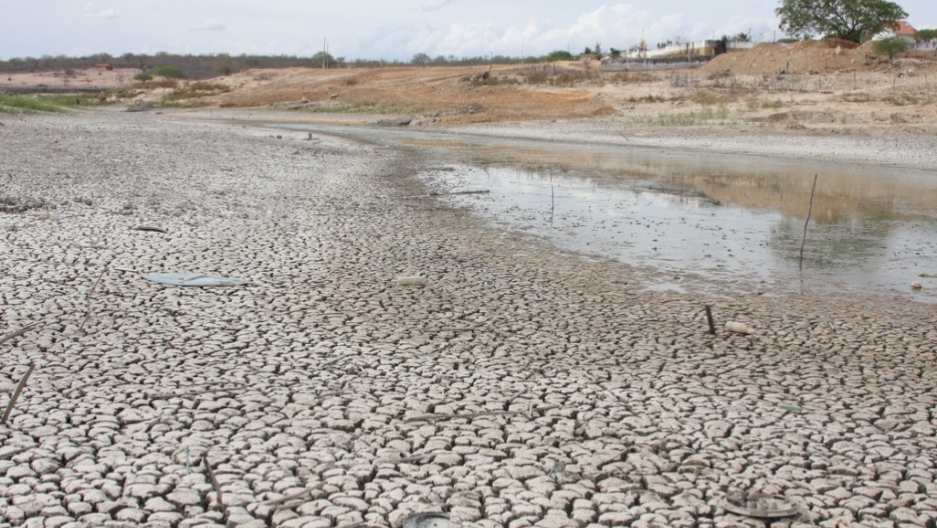 SALVADOR, BAHIA, Brazil — Northeastern Brazil is a mosaic of microclimates.

While one valley might receive a full helping of rain each year, a plain 2 miles away could remain parched for months or even years.

The superstition here is that years ending in two or three see drier and harsher weather than the rest of the decade.

Years ending in four — say, 1994 and 2004 — according to local lore have been bountiful. The drought breaks, the desert blooms, and life returns to the hot dusty plains known as the Sertao. Hopes are extraordinarily high for 2014.

By last November, much of Brazil’s northeast had reached a critical point.

Rain levels in some places were several inches below the norm, and desertification was creeping across the region, turning soil to salty sand and killing everything in its wake

There has since been some rainfall in parts of the northeast. But even if precipitation patterns return to normal this year, there are some grim forecasts for the region’s farmers beyond 2014.

The Brazilian Panel on Climate Change, a group of 345 scientists, last September predicted that rainfall in the northeast could diminish by as much as 40 percent by the end of this century, a pattern that could have devastating effects on millions of subsistence farmers.

The problem is not unique to Brazil.

Desertification and water shortages have been making news around the world in recent years, from the western United States to Sub-Saharan Africa to Australia.

If water consumption patterns don't change, according to a 2008 United Nations Environment Program report, 2 out of every 3 people on the planet will be living in water-stressed conditions by 2025.

However, in interviews with GlobalPost, scientists and statisticians in the region poured scorn on the notion that the recent drought is connected to climate change.

Brazil’s hyper-complex climate is affected by the natural shifts and rhythms of the world’s weather, said Professor Ranyere Silva Nobrega, a climatologist at the Federal University of Pernambuco in Recife.

The El Nino and La Nina climate phenomena have a big impact on rainfall in the region, he said, and precipitation levels also depend on such esoteric factors as the wind patterns in North Africa.

The 2011 La Nina weather conditions brought hot, dry conditions to much of Brazil, weather that persisted in the northeast throughout the next two years.

Northeastern Brazil has suffered far worse droughts historically, including a seven-year drought more than 200 years ago. Between 1559 and 2013, climatologists calculate 78 drought years.

But while the phenomenon is not new, the latest drought has already cost Brazil a whopping $9 billion in lost crops and livestock, according to the government.

It also marked a new frontier for Brazil.

Instead of widespread starvation, panic and looting, families have largely been able to feed themselves. Instead of mass migration, people have stayed put, surviving off government handouts even as their investments died in the fields.

Silva Nobrega foresees a day when running water will reach even the driest farms of the dust bowl, keeping animals alive and fields green, and minimizing the need for short-term crisis management.

Not everyone agrees with this approach.

Some organizations and politicians in the Sertao argue that the area’s residents must adapt to a harsh climate, adjusting their farming methods and lifestyles to the weather patterns.

And one of the government’s biggest plans to ease the process — diverting the Sao Francisco River to irrigate four drought-prone states — has met fierce opposition from environmentalists. Opponents argue the project will mainly benefit large farmers, without bringing much help to small family farms.

As the politicians wrangle over the best solution to the recurring crises in the northeast, farmers and families across the region will be watching and hoping that something gets done to improve their situation before the portentous date of 2022.