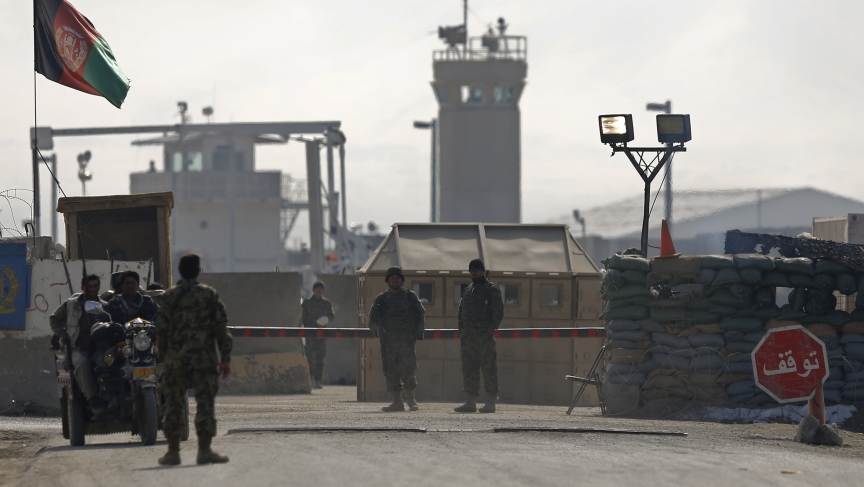 Afghan National Army soldiers on guard at the gate of the Bagram detainee centre, north of Kabul.

US forces have been risking their lives in Afghanistan for over a decade. And a key part of their mission is putting away the bad guys -- the captured enemy fighters.

On Thursday, Afghan President Hamid Karzai angered the US by releasing 65 of those prisoners.

They'd been held in the Bagram prison facility, which the US handed over to the Afghan government last year. Karzai insists the men he released are innocent.

He calls the prison a "Taliban-making factory."

The Afghan leader told the BBC he had heard that phrase from Afghans all over the country. He heard it first from a "learned man" who was released in 2006 or 2007.

The US has strongly condemned Karzai's decision to let those 65 prisoners go. A statement from the US embassy in Kabul said the Afghan government "bears responsibility" for the consequences.

In an unusual move, the Pentagon released a dossier with details on each detainee.

"There is always an issue between intelligence and evidence," says Sarah Chayes. Chayes is a senior associate at the Carnegie Endowment for International Peace. She lived in Afghanistan for years, working for a non-profit and as an adviser to the US Joint Chiefs of Staff.

"But given the specificity of the details in the US dossier, it seems unlikely that these are simply ordinary farmers who were going about their business all day every day," she says.