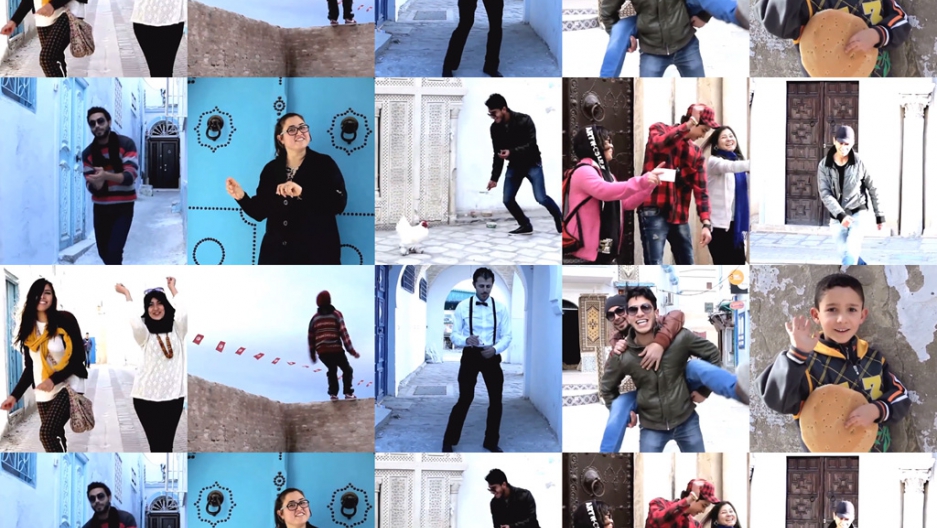 Since Pharrell Williams released his hit single "Happy" last November, the song has become a viral sensation with people posting videos dancing in different cities around the world.

What started in Paris — with residents breakdancing at the Louvre and grooving in front of the Eiffel Tower — has since spread as far as Moscow, Dublin, Hong Kong, and Sydney.

The latest locale to tap into the “We are from…” trend is Tunisia, according to the BBC.

Young people have shot videos dancing in cities across the country like Kairouan, Bizerta, Sousse, Monastir, Carthage, La Marsa and the capital Tunis. All of them can be found on the Facebook page: “Happy – We Are From Tunisia.”

Mena Post was one of the first websites to report on the craze, interviewing Tunisian Asma El Costantini, who created the Facebook group. Costantini said the project’s goal is to “convey optimism and hope for Tunisia, as it undergoes a period of delicate transition.”

"This is because we’re happy in spite of everything," a woman called Fairouz told Magharebia news website, referring to the "Happy" dance covers.

Fairouz directed a "Happy" video filmed in the seaside city of Bizerta, in which she follows dancers young and old busting moves by the beach.

The pop song struck a chord in the small North African nation sandwiched between Algeria and Libya, which has experienced a protracted battle for democracy in the wake of the Arab Spring. Since a revolution in 2011 unseated dictator Zine el-Abidine Ben Ali, the country has faced growing extremism, violence and political instability.

In late January, Tunisians were given a glimmer of hope: A new constitution. The New York Times called it a "liberal constitution that recognizes democratic freedoms and a separation of powers."

The "Happy" videos have sparked debate in Tunisia over their message and impact. Conservative religious groups criticized them for being immoral, while others saw them as a limited form of protest representing a small fragment of the population.

“I don’t think that those young people represent more than 1 percent of Tunisia’s youth,” Houda Belti, 37, told Magharebia. "There are millions of marginalized young people in villages, rural areas and popular neighborhoods who are not concerned with this in the first place, and this is really unfortunate."

She added, "However, this doesn't mean that the movement is not nice and the idea good too."