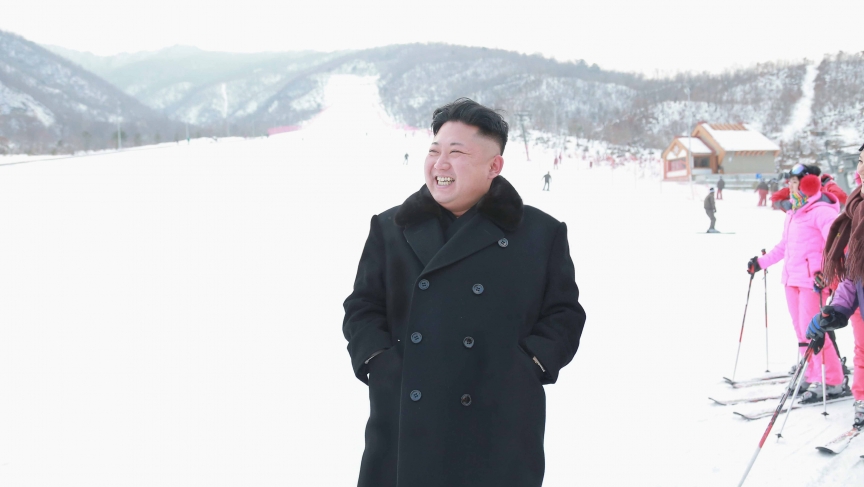 Fancy a skiing trip like no other? Why not consider a trip to North Korea, where the country's first ski resort has just opened.

At least one tour operator is offering tickets to what it calls "the most exotic ski resort on earth." The BBC's Lucy Williamson went to check it out — and found plenty of space on the slopes. The resort is reserved for North Korea's elite and a few "lucky" foreign tourists. But the resort's not for the faint hearted.

To get in, you first have to pass a military checkpoint, and then brave a 40-minute ride up a distinctly creaky ski lift.

Does your GDP include revenue from prostitutes and drug deals? The UK's does, or, at least, it will

Britain has reportedly been told by the European Union to include income from drug deals and prostitution in its GDP. New official statistics including the sales connected to illicit activities could be published as early as next month. It's estimated that prostitution accounts for about £3 billion ($5 billion) of economic activity each year and drug dealing accounts for another £7 billion ($11.7 billion) — taking the UK's Gross Domestic Product to £1.6 trillion ($2.7 trillion), according to the Huffington Post.

But why is the EU doing this in the first place? It requires member states to record the contribution of these illegal activities (amongst others) to a country's GDP to help make accurate economic comparisons between its members. These will be used to calculate the fairest distribution of the EU's £120 billion budget. The move has been criticised by some British politicians.

Looking for a laugh? Check out The Hummus

You’ve heard of the online satirical magazine The Onion, right? Well it has a new rival. It’s called The Hummus and it focuses on issues affecting Muslim-Americans. It features wacky fake stories like “Muslim Daughter Feared Missing After Father Calls 38 Times Within 5 Minutes," “Conversion Of Ryan Gosling To Islam Halts Arranged Marriages Nationwide” and “Saudi Version of Snow White Features New Mysterious Taller Dwarf, No Snow White.” Its anonymous founders "Babba," "Jiddo," and "Kamal" spoke to The Takeaway about why they wanted to engage Muslim audiences with humorous content.

Award-winning Indian novelist and activist Arundhati Roy has criticized Penguin India's decision to pulp a controversial book that has offended some Hindus. Roy, best known for her Booker Prize-winning novel The God of Small Things, said the move "affects us all," according to the Independent, in an open letter addressed to the company thar also publishes her works.

She went on to ask ..."what terrified you? The elections are still a few months away. The fascists are, thus far, only campaigning ... And you've already succumbed." The row has emerged during a tense general election campaign in India. Last week news organizations reported Penguin India planned to pulp all unsold copies of The Hindus: An Alternative History, written by American scholar Wendy Doniger, in response to a lawsuit brought by a group of Hindu academics. Some of the plaintiffs are linked to a conservative Hindu movement that is closely tied to India's main opposition party, the BJP.

No, the west does not have a monopoly on romantic love

Many of us take for granted that people around the world experience romantic love — but that used to be quite a controversial idea. Some academics argued that European troubadours invented the concept in the Middle Ages and so falling in love is unique to Westerners.

But this idea was debunked in the 90s by two American anthropologists, who found evidence of some kind of romantic love across 166 different world cultures. So is the argument over? Perhaps not entirely, as historian Stephanie Cootz told PRI’s The World — because not everyone experiences romantic love in the same way, it varies across different cultures and societies.

Slovenia is still tallying the damage it suffered in a dramatic and freak icestorm that swept through the country this week. The entire landscape was coated in a sheet of ice, sometimes SIX inches thick. The frozen landscape was captured in a series of images at the Huffington Post. Damage is already estimated at nearly $90 million — and expected to climb higher.