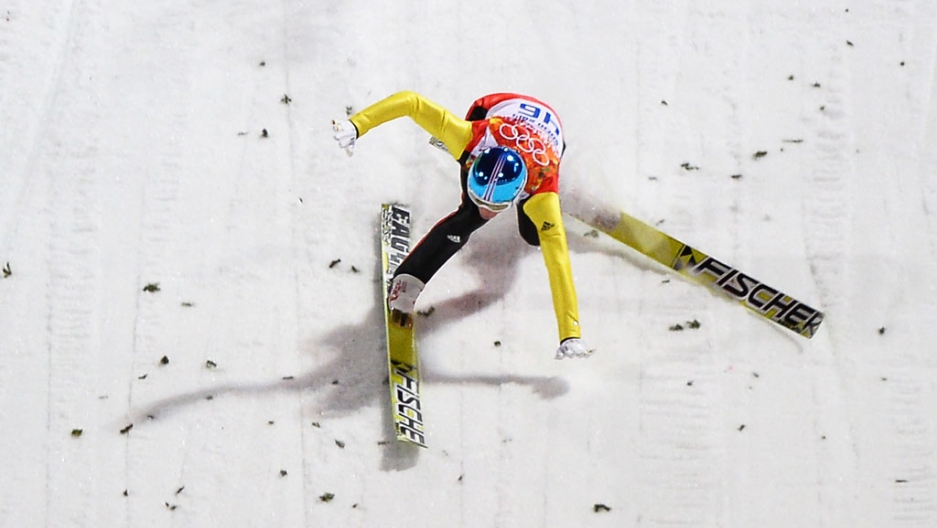 We shouldn’t revel in others’ misery, but when Olympians crash it’s hard to look away.

The Winter Olympics are all about strapping yourself into — or onto — something sharp and trying to go as fast as you possibly can along an icy surface (usually downhill).

Not surprisingly, Olympians of all stripes experience spectacular slips, spills, falls, and crashes.

Well, except those curlers.

When they fall, it's just sad. Really, really sad.

Here are 16 photos from the 2014 Winter Games in Sochi that appeal to our schadenfreude.

3) After crashing as the world watches, don't you wish the ground would swallow you whole?

4) Freestyle skiers have such novel nicknames for their tricks. This is known as the “face plant.” It’s not worth any points in the Olympic scoring system.

5) Sometimes, watching these crashes is hard to stomach.

6) Those little black things on your skis flip down after you crash, preventing them from sliding away and making the “walk of shame” easier.

7) You lose a ski, probably two, and then both your poles. Your goggles go flying. You’re having a bad day, and a yard sale.

8) A meeting of the minds, but hopefully not the skate blade.

9) Maybe there are no “good” places to land when you fall on a sheet of ice.

10) But there are more painful ways to land on that sheet of ice.

12) The nets only stop you from getting more hurt. They don't spare your pride.

14) When ABC's old Wide World of Sports coined the phrase “agony of defeat,” it was in reference to ski jumping. It still holds true today.

15) Strapping yourself onto a shiny metal surface and sliding downhill made perfect sense, until this very moment.

16) There’s something beautiful about this photo, all those lines sweeping down. Beautiful for us, of course — we’re not the ones face-first at the bottom of a half-pipe.

More from GlobalPost: Memorable Olympic protests, and one that could be