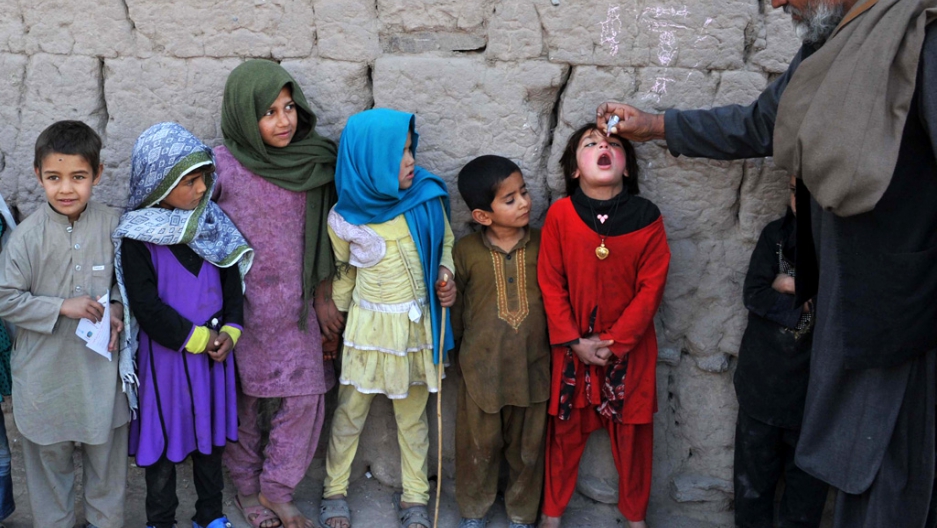 An Afghan health worker administers a polio vaccination to a child on the outskirts of Jalalabad in Afghanistan on January 26, 2014.
Credit: AFP
Share

Three-year-old Sakina was diagnosed with polio after she became paralyzed. Her diagnosis marks the first time polio has been detected in Afghanistan's capital Kabul since the Taliban were removed from power in 2001.

Sakina comes from a nomadic family, and her father often travels to the region bordering Pakistan because of his job as a taxi driver, the BBC reported.

Polio is endemic in both Afghanistan and Pakistan, but there have been no reported cases in Kabul for 13 years.

A spokesman for the Afghan public health ministry told Agence France-Presse, "After this, we launched an emergency polio campaign in Kabul and luckily so far, we have not found any other cases of polio."

Afghanistan's Ministry of Health launched a three-day campaign to vaccinate all children under five in the surrounding areas.

More from GlobalPost: Pakistan: Where conspiracy theories can cost a child's life

Sakina's father reportedly took her to the frontier region with Pakistan for treatment. The BBC noted the strains of polio in Afghanistan and Pakistan are identical, with a high risk of cross-border transmission.

Polio vaccination is a hazardous undertaking in Pakistan and Afghanistan, where Islamic extremists have obstructed campaigns, threatened vaccinators.

In Pakistan, 34 health workers have been killed for trying to administer the polio vaccine in just the last 18 months.

Conspiracy theories about the polio vaccine include rumors that it would sterilize Muslims or that it's a CIA or Mossad-driven plot to kill Muslims.

Last year, 10 cases of polio were confirmed in Syria after a gap of 14 years. The ongoing conflict in Syria has prevented concerted vaccination campaigns from being carried out.

More from GlobalPost: Polio: A common enemy from Syria to Somalia (Q&A)