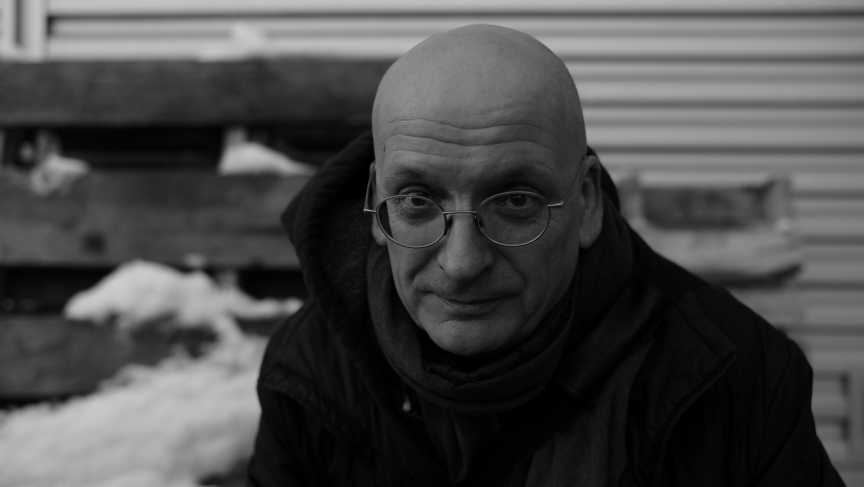 I first came across Roddy Doyle's increasingly inaptly-named Barrytown Trilogy during a trip to Ireland in the early 1990s. I was immediately smitten with the writing, and completely drawn in by the characters.

The three books (The Commitments, The Snapper, and The Van) follow various members of the Rabbitte family, who hail from a fictional, working class part of north Dublin, which Doyle dubs Barrytown.

Being a former member of various short-lived bands myself, The Commitments really rang true. I mean, what a crazy idea: a young Jimmy Rabbitte turns his love of American soul music into a budding managerial career by assembling a rag-tag crew of local musicians. I thought of it as "the southern Delta meets north Dublin."

When the movie version of The Commitments came out, I went along with trepidation. But as far as I was concerned, director Alan Parker nailed the story. Soon, most everyone I knew was singing "Mustang Sally."

But I will admit, I always wondered what Doyle himself thought of the film version of his book. I got my answer when our host, Marco Werman, asked Doyle that very question in our studios recently.

"It became a bit of burden after a while. You couldn't go anywhere without some twit singing Mustang Sally," Doyle quipped with a laugh. "So it's almost true to say I forgot I wrote it."

In a way, Doyle did leave Jimmy Rabbitte Junior behind. The next book in the trilogy focused on Jimmy's sister, and the final book in the set, The Van, dealt more with Jimmy's father. Doyle then went on to write numerous other novels not related to the Rabbitte family at all, including the Booker Prize-winning Paddy Clarke Ha Ha Ha.

But now, Jimmy Rabbitte, Jr. is back in Doyle's new book, The Guts.

Getting on to middle age, Jimmy is married, has four kids and helps run a boutique, iTunes-style website that allows Irish people who are nostalgic for the music of the 1980s to download tracks from their favorite old bands.

"Jimmy's an entrepreneur," Doyle says. "He's turned his passion for music into his livelihood."

But, as the saying goes, behind the music all is not well in Jimmy Rabbitte's world. He's just been diagnosed with colon cancer, and Ireland is struggling through a massive economic downturn. The years of the so-called "Celtic Tiger" now long gone, the nation is struggling again. And it was the country's reaction to economic disaster that got Doyle wondering how Jimmy and his family would be faring.

"There was a lot of nostalgic analysis of what was going on, people harping back to the 80s. And a lot of 80s music being played, accompanied by economists explaining what a 'recession' is. To be honest, I found it a bit offensive."

"Because perhaps the radio producers and the economists had lived their glory days in the 1980s, but I was a teacher in a working class area of Dublin, and there were nobody's glory days there. It was rough. There was a lot of poverty. It all got on my nerves, and that's what drove me into the book. I created those Rabbitte characters in the 1980s, so I'll add a quarter-century to their lives and see what happened."

At the center of the book is Jimmy's cancer, a diagnosis he is reluctant to share with his family. Doyle jokes that a fellow Irish author once joked that the Rabbitte family is possibly the only happy family in all of Irish literature. To be fair, the Rabbittes do have their fights and struggles. But they are, as Doyle likes to say, "a good family. Functional."

Marco asked Doyle if he had a good relationship with his own father. "Yes," Doyle says, "I mean, I've gone through all the phases. When I was a teenager, I thought he was the biggest clown in all of Europe. But over the years, now we've become good friends in a way."

So it comes as little surprise that when Jimmy finally does decide to come clean about his cancer in The Guts, he chooses to tell his dad first, over a pint in the pub.

Editor's note: This reading from The Guts by Doyle contains a word inappropriate for some audiences.