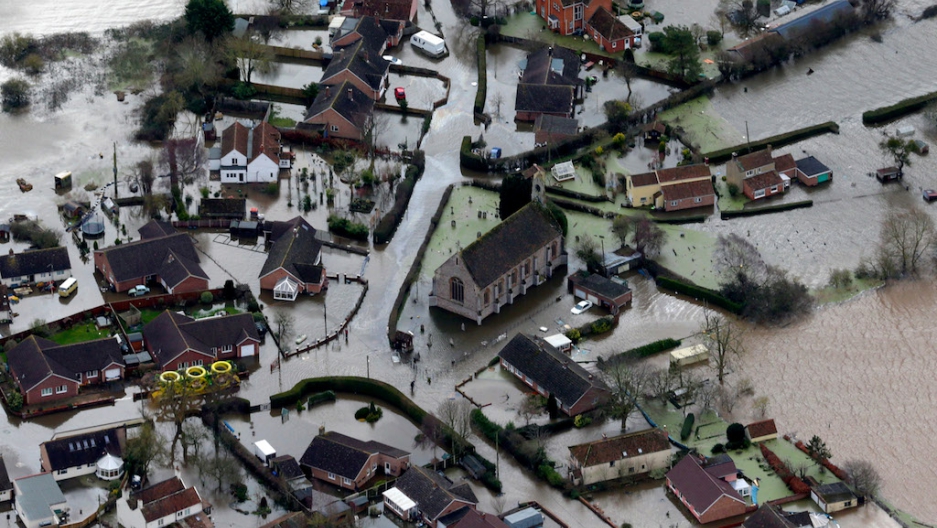 This aerial shot taken on Feb. 10, 2014, shows flooded houses in the village of Moorland in Somerset, England. Most residents have reportedly abandoned their homes.
Credit: Matt Cardy
Share

Britain's devastating floods are set to go from bad to worse.

The Thames River burst its banks after reaching its highest level in years on Monday and weather forecasters predicted more rain across England and Wales in the coming days.

More from GlobalPost: 5 things you need to know about the UK floods

Large swathes of the UK have been under water for weeks and many people have been forced to abandon their homes as floodwaters continue to rise.

As of Monday, the Environment Agency had issued 16 severe flood warnings — which means there's a danger to life. Two of the warnings were in Somerset county, while 14 were along the Thames in the counties of Berkshire and Surrey.

Around 76 lesser flood warnings were issued across southern England.

The floods have also caused a political storm, with the government facing criticism over its alleged failure to dredge rivers and take other preventative measures.

Prime Minister David Cameron on Monday defended the government's response to the floods, saying it was doing "every single thing we can" in what he said "is a very tough situation caused by some of the most severe weather we've seen for many, many years."

Listen to Cameron's comments in this video via The Telegraph.