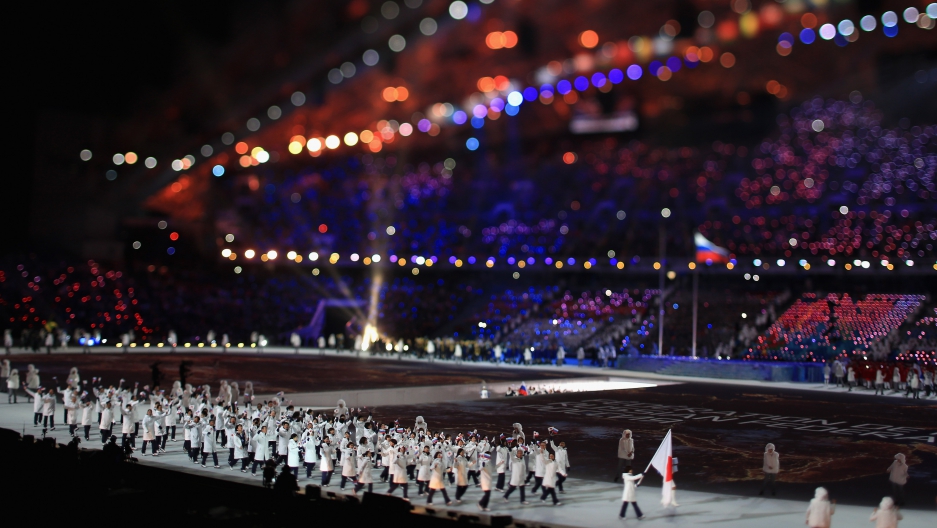 JERUSALEM — News that Russian officials are spying on athletes in the shower has thrown the security operation at Sochi 2014 into an unexpected frenzy.

But if the setup is a bit more Orwellian than some privacy-loving athletes would like, it also provides a hefty dose of Ian Fleming: This technology is the stuff of spy novels.

An Israeli company called NICE Systems (yes, really) has deployed a network of platforms that provide the Sochi Olympic Games with what they need most: a real-time “integration system platform” that “takes points of data — video images, radio communications, phone calls, access control alarms — and blends it all into a single operating system that interacts with all of that," according to Bill Besse, a security specialist and Andrews International vice president, when interviewed by risk-management publication CSO Online.

NICE Systems is not usually mentioned in conjunction with bathroom spying, but in Sochi, as of 2012, one of the elements it installed was Net 2.5 IP Video Surveillance, which includes over 1,400 separate channels. What are those channels looking at, exactly? In its press release, contractors for the company said “the unique surveillance system … will provide 24-hour monitoring of the city’s main roads, buildings, and popular resort locations.”

No word about showers, but it’s a little more sophisticated than your average security camera. The company specifies that "Sochi law enforcement authorities will be able to automatically detect overcrowding, unattended baggage and perimeter intrusions." This will enable Sochi to provide a warning, or "advanced protection to critical infrastructure and public buildings," to "monitor, detect, and manage traffic congestion and illegal parking, and prevent loitering and overcrowding situations in public buildings and commercial areas."

In other words, any unconventional behavior will be noticed.

NICE, a well-known entity when it comes to securing high-risk, high-visibility events, sets up what’s called a C4I control center (command, control, communications, computers and intelligence) that deploys a wide array of technologies including cameras, sensors, intelligent fences all streaming data into a single point of assessment. Its most recent project was the Superbowl.

David Tzur, a former special ops officer who served as a consultant on Olympic Games from Atlanta (1996) to Beijing (2008) and is now a member of Israel's parliament, says "Israeli companies are especially highly regarded for their know-how and ability to combine training with real-time experience."

"Israeli technology," he adds, "is especially good at early detection and warning."

And yes, in case you were wondering: NICE was founded by seven Israeli ex-army friends.

One sticking point: the sale of security technology is strictly regulated in Israel — "more so to Russia," Tzur points out, noting that Russia and Israel do not see eye to eye on most of the world's current conflicts.

"The biggest challenge in securing an event like this is a huge geographical deployment over a significant amount of time — and you have to keep the tension up among your security people while remembering that it’s a civilian event and the aim is to allow people to have fun. You don't want them thinking they've arrived at a military event."

Sochi's organizers appear to be succeeding in creating a ring, or at least an illusion, of "soft security" around the sporting venues.

Just make sure you smile in the shower.