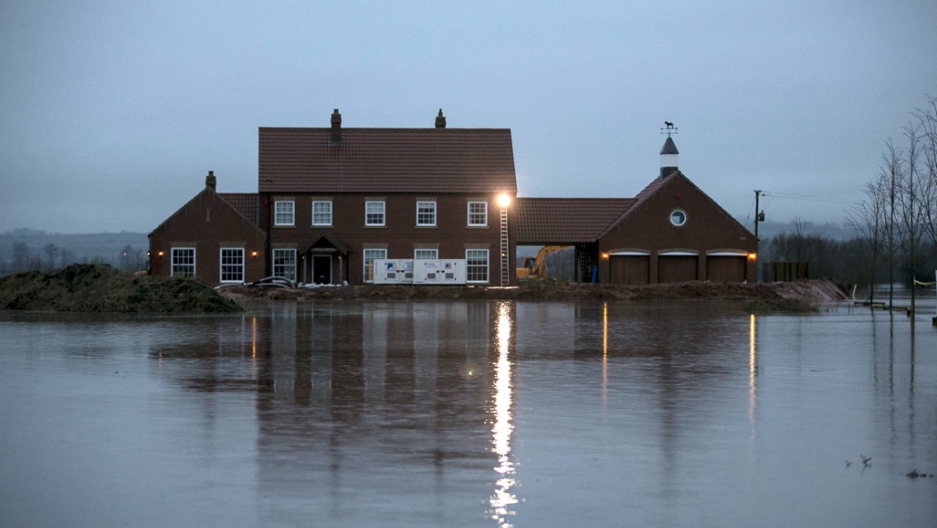 Rising flood waters surround a house in the village of Moorland on the Somerset Levels near Bridgwater, England.
Credit: Matt Cardy
Share

LONDON, UK — There are parts of England and Wales that have spent virtually all of 2014 underwater. Here’s what you need to know about Britain’s devastating floods.

1. It’s been a record-breaking winter. Again

Even by British standards, it’s been a miserably soggy winter.

It was the wettest January (say it with me!) since records began in 1910. The Met Office, Britain’s official weather service, believes that this could be the rainiest spell in southern England in the last 250 years.

And it just won’t stop. Severe weather warnings have been issued through Saturday for Wales and southern England. The UK could be on track for its wettest winter ever, meteorologists say.

2. All that rain has led to serious flooding

This waterlogged island can’t hold another drop. Thousands upon thousands of acres in southern Wales and England are submerged. Tens of thousands of people are without power.

(The Daily Mail has some good photos. And more destruction here.)

The sheer force of the water is shocking. In Wales, 14 people were rescued from the seafront when a rogue wave nearly flung their bus out to sea. Waves washed away the railway line near Devon and tore Brighton’s West Pier in two.

3. Help has been (very) slow in coming

After several weeks of no power, no road access, appalling conditions and little help from authorities, residents in flooded areas are getting angry.

Environment Secretary Owen Paterson visited the hard-hit Somerset Levels, a coastal plain and wetland area, at the end of January but left without speaking to locals. Lord Smith of Finsbury, the chair of the Environment Agency, hasn’t been at all.

One person who did make the journey was Prince Charles, who visited the Somerset Levels on Tuesday to decry the slow response.

“There's nothing like a jolly good disaster to get people to start doing something,” said the next in line to the throne, deploying a puzzling use of the term “jolly good.” “The tragedy is that nothing happened for so long.”

4. The government says it’s really sorry about that, but hey, its hands are tied

After weeks of protests by flooded residents, Lord Smith acknowledged Tuesday that his agency should have acted faster to dredge the rivers and help residents in the Somerset Levels. Probably.

“We probably have not done as much as we should have done up to now, and I regret that, but we have had very difficult choices to make, reducing budgets to cope with,” said Lord Smith, who is paid $158,000 a year for his three-days-a-week gig heading up the government’s environmental arm.

Last week, Prime Minister David Cameron overruled the Environment Agency and sent in the military to assist stranded residents. He’s also chaired an emergency meeting (in relatively dry, non-flooded London) that granted an additional $163 million in emergency funds. But many victims say the efforts are too little, too late.

5. The future doesn’t look good, either

Amid a changing climate, floods are fast becoming a fact of life in Britain. Before the wretched winter of 2014, there was serious flooding in 2007, 2008, 2009 and 2012. But the government’s approach to flood prevention is “going in the wrong direction,” its own advisers say.

The threat of future floods is serious enough that the government should overhaul its entire water system, the advisory Committee on Climate Change told the BBC. But the authorities have not taken heed. Developers are still building on floodplains and paving over green space.

Spending an extra $32.6 million on flood defense annually would deliver almost $300 billion in savings over the next century, according to the Environment Agency, the government body that handles flood prevention.

Someone should tell that to ... the Environment Agency, which is instead slashing budgets and cutting 15 percent of the staff working on flood issues.