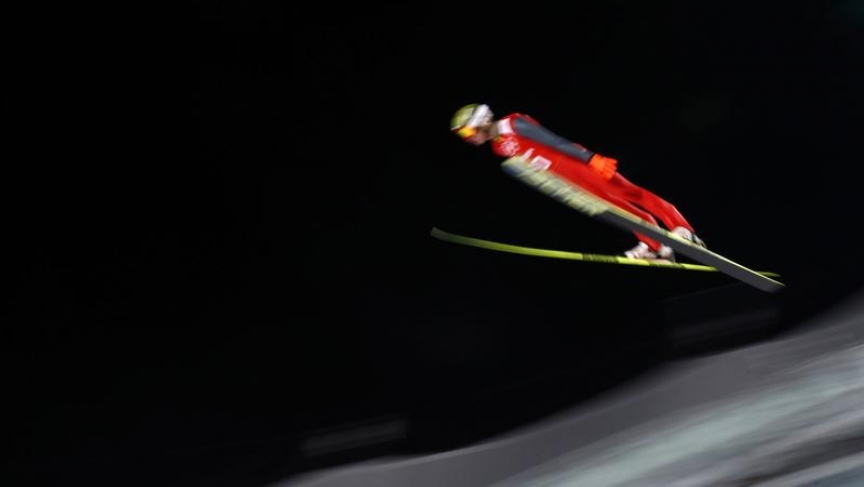 Preliminary events got underway in Sochi Thursday. Here, Poland's Kamil Stoch soars through the air during the men's ski jumping individual normal hill training event. But much attention is still focused on security.

The Sochi Winter Olympics are underway. Moguls, slopestyle snowboarding, and team figure skating all started Thursday, a day ahead of the official opening ceremony.

The athletes are finally involved, after all the talk about cost overruns and unfinished hotel rooms in Sochi. Security, though, is still a major concern.

Al-Qaeda linked militants based in the Caucasus region have threatened to attack the Games. The latest US warning to airlines flying into Russia is to watch out for explosives concealed in toothpaste tubes.

Russia's deputy prime minister, Dmitry Kozak, said Thursday that his country can guarantee the safety of visitors as well as any government hosting a similar event. "There is no reason to believe Sochi, in Russia, is under more threat than any other place on the planet," he said.

Some visitors already in Sochi don't seem fazed by all the security concerns. "I've traveled a lot and I know that sometimes the media can exaggerate," said US tourist, Graham Watanabe, as he arrived at the train station in Krasnaya Polyana, the mountain hub for the Games. "It's not an adventure without adversity, so I thought I might as well give it a shot."

David Filipov disagrees that the media is guilty of exagerration. He's in Sochi for the Boston Globe.

"There was nothing disproportionate about the threats that came from the Islamic terror group that said it was going to blow up the games like it blew up that station in Volgograd." Several dozen people were killed in suicide bomb attacks in southern Russia late last year.

As a reporter, Filipov has covered the wars in Chechnya and Afghanistan. His own security/anxiety meter is not very high.

He says he knows from "sneaking around there myself" that the mountains where the militants are based are not impassable. But the terror groups are not as large and resilient as is sometimes believed.