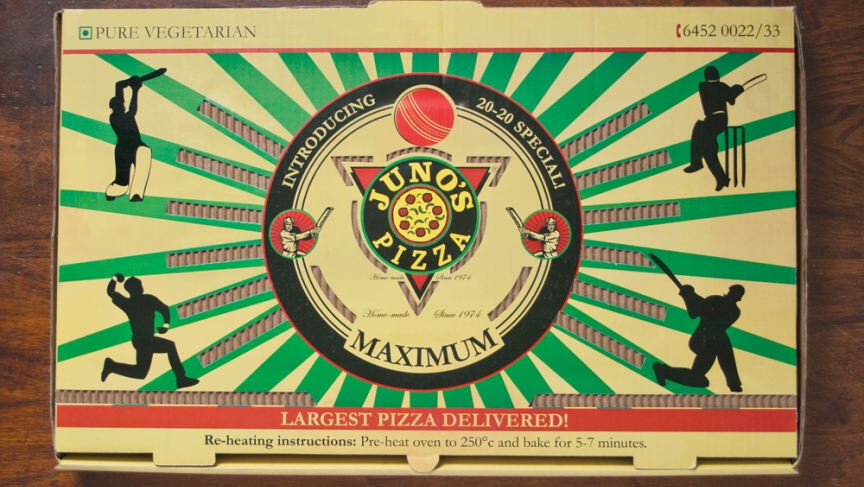 Scott Wiener describes himself as a professional pizza enthusiast.

He leads pizza tours in New York. He writes for a pizza magazine. And he’s the author of "Viva la Pizza—The Art of the Pizza Box."

Wiener has 650 pizza boxes in his Brooklyn apartment.

The boxes come from about 45 different countries.

“A pizza box has several challenges,” he says. “It has to transport the pizza efficiently and easily without it being damaged. It also has to retain heat—you can’t deliver a pizza that’s cold. It also has to get rid of moisture, because if moisture gets trapped inside the box you get a soggy crust.”

Most pizza boxes, says Wiener, don’t attempt to deal with the full range of these challenges. But some do.

His current favorite is a box from India, the Ventit, that manages to release steam while still retaining heat.

Weiner’s collection began through his own travels in the US and Italy.

But, as it grew, friends and acquaintances began sending him boxes from all over the world, including an “Octobox” from Brazil; a box with a detachable coffin from New Zealand’s Hell Pizza (“for your remains”); and a prototype for an inflatable pizza ring from Denmark: “It’s ridiculous,” says Wiener. “You need a pump to inflate it.”