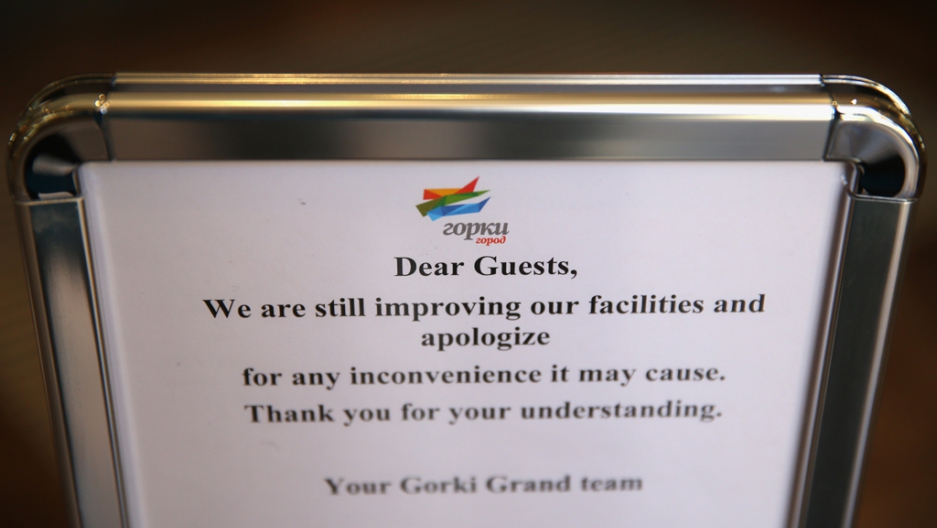 A sign explains the delays related to hotel construction prior to the Sochi 2014 Winter Olympics on Feb. 3, 2014.
Credit: Julian Finney
Share

If this was Russian President Vladimir Putin's idea of a joke, members of the media arriving to cover the Winter Olympics in Sochi were not amused.

Journalists arrived in the resort town this week to disaster. Many of their hotels seemed to be unfinished, and those that were came without lightbulbs, shower curtains, chairs, door knobs and sometimes... hot water.

If you asked the International Olympic Committee, it would say 24,000 rooms were delivered, and "97 percent" didn't have issues.

Maybe Sochi just has a "bring your own doorknobs" policy no one bothered to read up about.