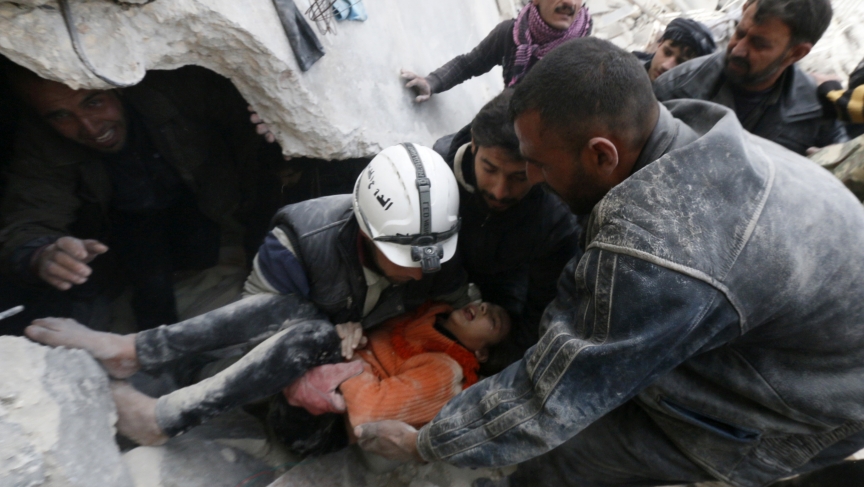 Residents and activists pull a girl from under debris after what activists said were explosive barrels were dropped by forces loyal to Syria's President Bashar al-Assad in Aleppo, Syria on February 2, 2014.

Syrian military forces are using a new tool in their long-running war against rebels who want to oust President Bashar al-Assad from power.

They're called "barrel bombs" and they were dropped by Syrian helicopters in the northern city of Aleppo on Sunday. The crude-but-deadly devices brought the death toll in the latest campaign to more than 80 people, according to anti-government activists. Most of the victims killed in recent days have been civilians, said the British-based Syrian Observatory for Human Rights.

Secretary of State John Kerry released a forceful condemnation of these weapons today. But what exactly is a so-called barrel bomb? 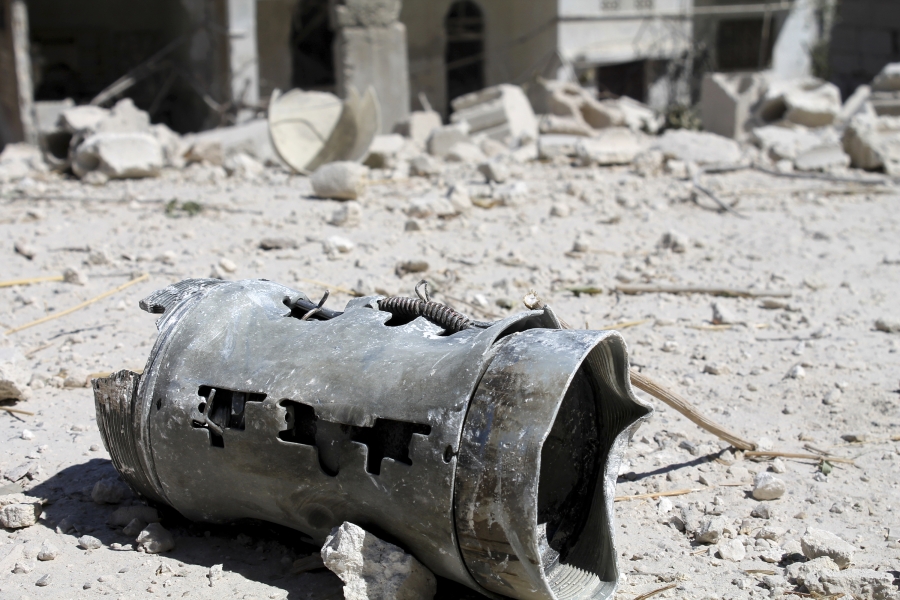 Activists said this barrel was thrown from warplanes flown by forces loyal to President Bashar al-Assad in the Ariha countryside, on September 7, 2013.

"Essentially, they're just an old oil barrel packed with explosives, shrapnel and maybe some kind of incendiary device," said Aryn Baker, Middle East bureau chief with Time. "They are literally pushed out of the helicopter and when they land — they detonate on impact — and explode. [They] take down whatever is in their path."

This BBC video shows what the damage from a barrel bomb can look like.

Baker said Syrian forces started using the weapons in 2012. But it has really been the last six weeks or so that has brought a significant uptick in reports of their use. Some in the international community say these devices amount to a war crime.

On occasion, Syrian rebels have managed to bring down government aircraft with shoulder-fired anti-aircraft missiles. That has prompted Syrian helicopters to drop their explosive barrels from altitudes of near 7,000 feet, according to Richard Lloyd, who's written a detailed post about Syrian barrel bombs at the Brown Moses Blog. From that height, the weapon becomes an arbitrary killer, especially when dropped on cities with a civilian population.

"The main objective of the Syrian barrel bomb program is to provide cheap and lethal damage on urban areas in Syria," Lloyd explained in the post.

One might assume that Assad's forces are using such crude weapons because they are running low on war material. "That's really not the case," said Baker. "They get enough from Russia and Iran to suit their needs militarily.

"But as a weapon of terror, this thing is extremely effective."

Baker said there's no way to predict where these bombs will land. "It's completely arbitrary, and that is what is so terrifying," she explained.

When pressed about their use, Syrian officials have denied dropping barrel bombs on residential areas. At recent peace talks in Geneva, Syria's foreign minister Walid Muallem was asked about the allegations that Syrian government forces are targeting civilians.

"I want to give you a simple response," Muallem said. "Do you want [us] to defend our people by sending SMS messages?"