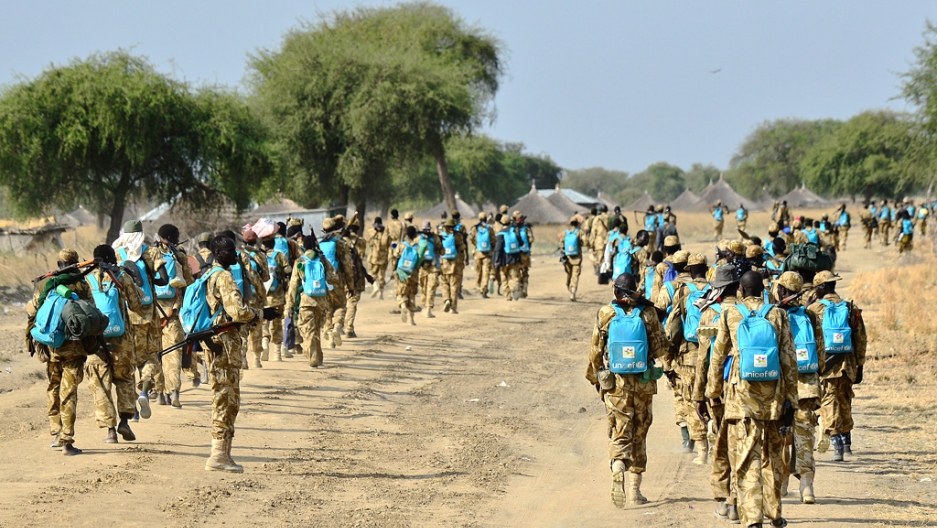 It makes for a stark image. Two disheveled rows of soldiers with bright blue backpacks marked "UNICEF," which were originally meant for children.

"A large amount of UNICEF supplies — along with humanitarian supplies from other organizations as well as stores from schools and hospitals — have been looted in many locations during the conflict in South Sudan," Crowe said.

The complaint from UNICEF came after photographs like this one captured South Sudanese government soldiers wearing the "back-to-school" bags on their backs.

Photographs of the misappropriated supplies surfaced at an awkward time for the United Nations, which issued an urgent appeal for $1.27 billion in aid for South Sudan on Tuesday.

The UN is asking for money to provide "food, medicine and other lifesaving supplies" to the nearly 3.2 million people suffering from "devastating" humanitarian consequences, according to its top aid official in the country.

The ongoing conflict, which began in mid-December, has forced 900,000 from their homes and wounded thousands more.

"Livelihoods have been lost, and people's ability to move livestock to pasture, to fish or to hunt, has been severely compromised," the UN's Toby Lanzer said.