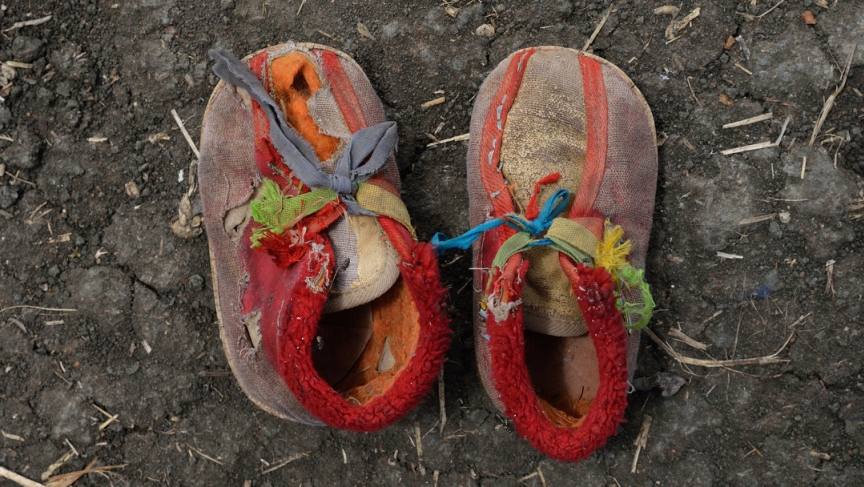 Two-year-old Musa Shep traveled with his family for 20 days from Gabanit.

The United Nations estimates that 3.7 million people are in acute need of food in South Sudan as a result of the civil conflict there. The UN's humanitarian co-ordinator in South Sudan Toby Lanzer told the BBC that many of the 863,000 people who have been displaced are still in South Sudan.

Shannon Jensen is a freelance photographer primarily working in Africa.

Over the past few years, she's been focused on documenting what's happening in the world's newest country.

And when she arrived for a visit in South Sudan  in May 2012, she landed in the middle of the refugee crisis.

There was fighting along the border separating Sudan from South Sudan.

And residents in the area had been forced to flee for their lives.

Many ended up in makeshift camps where living conditions were awful.

So, Jensen did what freelance photojournalists do: she tried to take pictures she could sell.

“I took the standard documentary-photojournalism pictures. The kind you see in magazines and newspapers, and I thought, it was a really big deal. These refugees had been walking for three to six weeks, carrying food, water, and what little possessions they had besides that. But news organizations weren't interested in the standard documentary images. They said, if it gets more serious, let us know."

She went through her photos again, looking for ways to make them more effective.

That's when she noticed the shoes. About half the displaced people, she noted, didn't have any shoes at all. And those that did had footwear with stories to tell.

And so, in a mix of Arabic and local languages, Jensen started asking refugees if she could photograph their shoes.

“People understood intuitively what I was doing, and of the hundreds of people I asked, only one or two of them actually declined to have their shoes photographed. They clearly understood, the shoes were a testament of their journey and what they'd been through.”

In some cases, Jensen says, people lined up for hours to have their shoes photographed.

And as you look through her pictures, you literally feel yourself walking in those shoes. 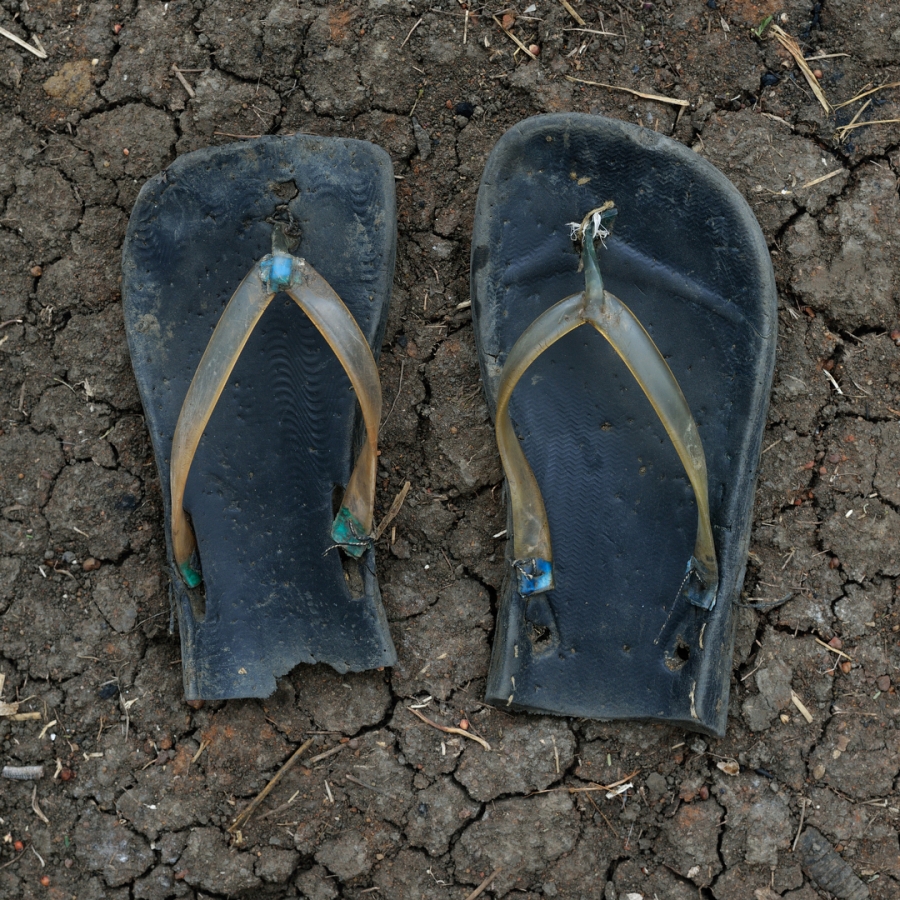 Makka Kalfar walked for many weeks from Buk.

This shot shows a pair of flip-flops,  apparently worn down to half their original size by miles and miles of walking.

It turned out, they belonged to an eight-year-old girl who had cut them to fit her small feet.

In another of Jensen's shots, a pair of charmingly mismatched pink and white sandals hides a darker story.

“They belonged to a woman named Mem Orombar, an elderly woman, and she was one of the lucky ones because her son had a donkey that he was able to transport her on. And she estimated that about 50 villagers in her community died before she finally fled. Her own sister was burned alive in her home.  Sort of stories you can't really imagine. You hear these stories but you can't really capture them in an image. You're just trying to do the best you can to share that.”

Jensen's focus on the shoes worked.

Her pictures were published by Newsweek -- in a feature entitled "A Long Walk."

Now, they're part of an ongoing exhibit at the Open Society in New York.

“I hope the pictures ask more of the viewer than just the simple pity you feel when you look at images of terrible things that have happened to people. Because they don't have a portrait attached to them, they don't show the individual. Because I think it's more effective to ask the viewer to look at the shoes, the name the age and where they're from, and spend a little time with it. To imagine who this person is, and what they've been through. What if that was your pair of shoes and that represented a journey you had to make?”

Jensen plans to return to South Sudan in April or May of this year, to continue to document the ongoing struggles of life in the refugee camps there.