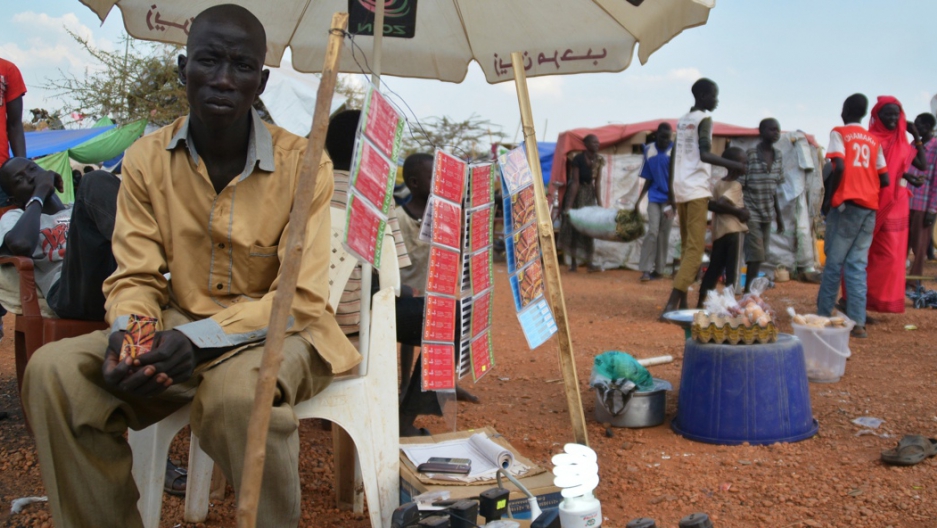 WASHINGTON — They say any publicity is good publicity, but if you asked the central bankers of almost any emerging market country right now, surely they would happily dispense with the gloomy press their economies are receiving.

Since the new year, the currencies of many of the former stars — including Turkey, Brazil, India, Indonesia, Russia and others — have taken a serious dive.

This has led to interest rate hikes in many countries, all due to worries the slowing of China’s growth and of the US Federal Reserve's stimulus  will sour the world on the emerging markets story.

But wait! If the BRICS are stumbling, what about “frontier markets” — the super-fast growing nations of Africa and Asia that post garish double-digit annual GDP growth. Surely, there must be opportunity there.

Well, maybe. But in most cases, growth is not as wonderful as it seems thanks to a phenomenon known to economists as "base effects,” the one-time events like civil war or tsunamis that devastate an economy, making the next year look fantastic.

The Economist magazine, a venerable purveyor of international financial news, puts out one such listing: “Top Growers.” Leading all comers for 2014 in terms of year-over-year GDP growth is ... wait for it ... South Sudan, projected to grow at 35 percent this year.

Of course, South Sudan, the world's newest state and one of its poorest and most volatile, is hardly an investor paradise. Oil revenues have sparked growth, yes, but from what economists would term “a very low base.”

South Sudan is the "base effect" defined. The county's 35 percent growth projection for 2014 has little to do with economic boom times and everything to do with the statistical abyss of the previous years. Put simply: It's a lot easier to grow at a faster rate if last year was terrible. It’s motto might be, “South Sudan: Growing like hell since Jan. 1, 2012.”

The Economist and most sophisticated investors know this. GDP growth does not equal good investment, nor does it equal economic progress. But some of this growth does represent a genuine shift in the fortunes of these nations. So, in these frontier markets, how can the economic wheat be separated from the chaff?

One issue is scale. For all their high percentage growth, the combined GDP of the nations on the Economist’s top 12, for instance, equal about 1/200th of the US economy. Measured by sheer size of the economic expansion, then, a US economy growing at 3 percent, or a Chinese economy growing by 7-8 percent, is a far more important development in global terms. Growth in big places lifts the fortunes of hundreds of millions, while growth in a place like Laos or Eritrea benefits mostly a few private equity groups and the elites who run those dictatorships.

There are also obvious statistical anomalies. Among the top 12 growth stars for 2014 are the faux-sovereign gambling den of Macao (13.5 percent), civil war-torn Sierra Leone (11.2 percent), the oil-soaked tyranny of Turkmenistan (9.2 percent) and chaotic Iraq, Laos and Eritrea, all forecast at above 8 percent.

Macao — or Singapore, Hong Kong or Dubai, for that matter — are city-states, and comparing them to nations brings an apples and oranges problem.

Another differentiator is staying power: Liberia, Ghana, Brazil and others have had their moment on this list in recent years, but some countries — Mongolia, Libya, Zambia and Sierra Leone — keep popping up year after year.

But this is no guarantee of long-term growth either.

Take Libya, whose economy grows at a decent clip thanks to oil and several times was a top 12 global performer, even under dictator Muammar Gaddafi.

Libya’s economic growth took a plunge in 2011, when oil exports nearly halted and civil war raged, but a surprisingly fast recovery vaulted the country back to the top of the tables in 2012. That good news story seemed to last through a good part of 2013. Indeed, the World Bank and International Monetary Fund both project Libya will continue to grow at a pace greater than 8 percent this year.

But in the second half of 2013, the militias that helped topple Gaddafi grew restless. Many seized oil fields and export terminals as leverage to get their way in budget and power-sharing talks. In the west, the region of Cyrenica declared autonomy, even founding its own “national” oil company. The government has been depleting its hard currency revenues at a breakneck pace ever since.

Economists projecting a good year for Libya, then, are banking on a political deal that frees the country to sell more oil and take in the waves of foreign investment waiting for the new Libya — presumably stable, preferably democratic — to come into focus.

But Mongolia presents a very different picture. It, too, has showed staying power in high growth rankings, often topping the list over the past five years. It’s secret weapon? Mineral riches and a business-friendly government that has a good record of rewarding foreign investors.

Landlocked between China and Russia, which covet its vast resources of gold, coal and uranium as well as its wide open spaces, Mongolia suffered a small recession in 2009, but otherwise has expanded at well over 10 percent annually for the past decade.

At the start of that run, when communism collapsed in the early 1990s, base effects certainly could be gleaned: Mongolia had spent most of the Soviet period in a kind of frozen limbo, undeveloped, isolated and bullied into appending "SSR" to its name. Its initial growth was from a very low base.

That was now nearly 20 years ago, however, and since then its growth has barely faltered. For Mongolia, like Libya, making this list means something.

Zambia and Sierra Leone, too, are fundamentally mineral exporters, though each has civil violence in its recent past. Their listing seems more than a quirk of percentages as each has graced the list for five years.

But watch out for hyperventilating investment gurus talking about soaring growth in the frontier markets. There’s real opportunity there, but it is filled with risk — and very difficult to get at for the average small investor.

So don’t be fooled when someday, as the sun sets on the Castros in Cuba and the Kims of North Korea, those countries, too, would vault into the top 12 GDP growth list. There will be Cuba Libre funds and kimchi bonds to “help you” take advantage.

More from GlobalPost: Why Nigeria is about to become Africa's biggest economy