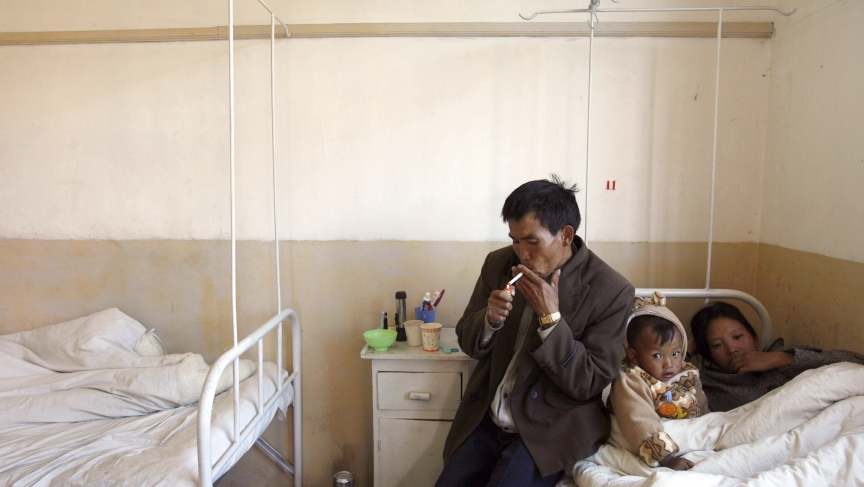 Parents smoke while visiting their sick child in a hospital in the rural village of Chao Jiang in southwest China's Yunnan province February 28, 2007.

China has banned smoking in schools to try and reduce the number of smokers nationally. The ban applies to kindergartens, elementary and middle schools as well as vocational schools.

Chinese officials are worried about the growing public health burden caused by smokers. The country is the world's largest consumer of cigarettes. Under the new regulations, schools can also no longer seek sponsorship from cigarette brands.

The Christian Science Monitor says antismoking campaigns are hindered by the powerful tobacco lobby, which pays hundreds of billions of yuan in taxes each year.

An Austrian Robin Hood — with a badge

A former police officer from Austria, who carried out the country's biggest robbery, says he planned to give the money to the poor. Gabriel Einstein stole four million euros when he held up a security van at gunpoint in Vienna just before Christmas 2013. He told police he'd already distributed some of the money, stuffed into the mailboxes of poor Austrians. He said he planned to send the rest of the money to a charity project in Africa. Local media have dubbed him the "real life Robin Hood," according to The Guardian.

Iranian actor found himself sidelined over his looks

A popular Iranian actor revealed recently that he was banned from acting for eight years — because he looks too much like former Iranian President Mahmoud Ahmadinejad. Mahmoud Basiri, 66, was interviewed by the Iranian Students News Agency. He's mainly known for playing humorous characters. He was told about the ban when he received a call from the president's lawyers in 2005, he said. Perhaps most disappointingly, he told the BBC that, apart from a few fellow actors, no one seemed to care about his disappearance from Iranian television.

Diabetic in Cambodia? Blame it on the Khmer Rouge

Adult-onset diabetes is becoming increasingly common in Cambodia. The condition is usually linked to a lack of exercise, higher consumption of calories and an aging population. But endocrinologist Lim Keuky, head of the Cambodia Diabetes Association, believes there could be another factor to blame for the increase in his country: the legacy of starvation peopled endured under the Khmer Rouge. The Khmer Rouge were the Communist organization that carried out a genocide on Cambodia’s people from 1975 to 1979. Joanne Silberner reports on the new research for PRI’S The World.

Medical associations in Denmark and Sweden have called for non-medical circumcision to be outlawed. The Swedish Medical Association recommended that only boys 12 and older be circumcised — and only if they consent to the procedure. The Danish College of General Practitioners reportedly issued a statement comparing the procedure to mutilation. The recommendations have attracted some criticism because of the relationship between circumcision and religion, specifically Judaism. The story has attracted a great deal of attention in the Israeli media, according to the International Business Times.

Carbonara? Only if you make it the right way

Maureen Fant first tried spaghetti alla carbonara in the 1960s. She loved the simplicity of it: spaghetti, egg, cheese and pork. But at the time, no one else had heard of it. That's not a problem today, but the proliferation of carbonara has led to another problem: its corruption. Fant insists that for something to be called carbonara, it has to consist of those four ingredients and no others. PRI's The World has the story. Do you agree? Leave a comment at PRI.org.

Map: How much snow it takes to cancel school in the U.S. http://t.co/SmuEGiEGmH (via @reddit) pic.twitter.com/RSbNysa47z

The snow that hit Bucharest that we mentioned in Wednesday's Global Scan had an unexpected casualty: an historic Jewish theater has closed after heavy snow damaged its roof. About 30 percent of the roof of the State Jewish Theatre of Bucharest was destroyed, according to the Times of Israel. The theater features plays in the Yiddish language and is a reminder of the community's once-thriving Yiddish culture. Repairing the theater's roof is expected to take 18 months.

It's merely a fig leaf 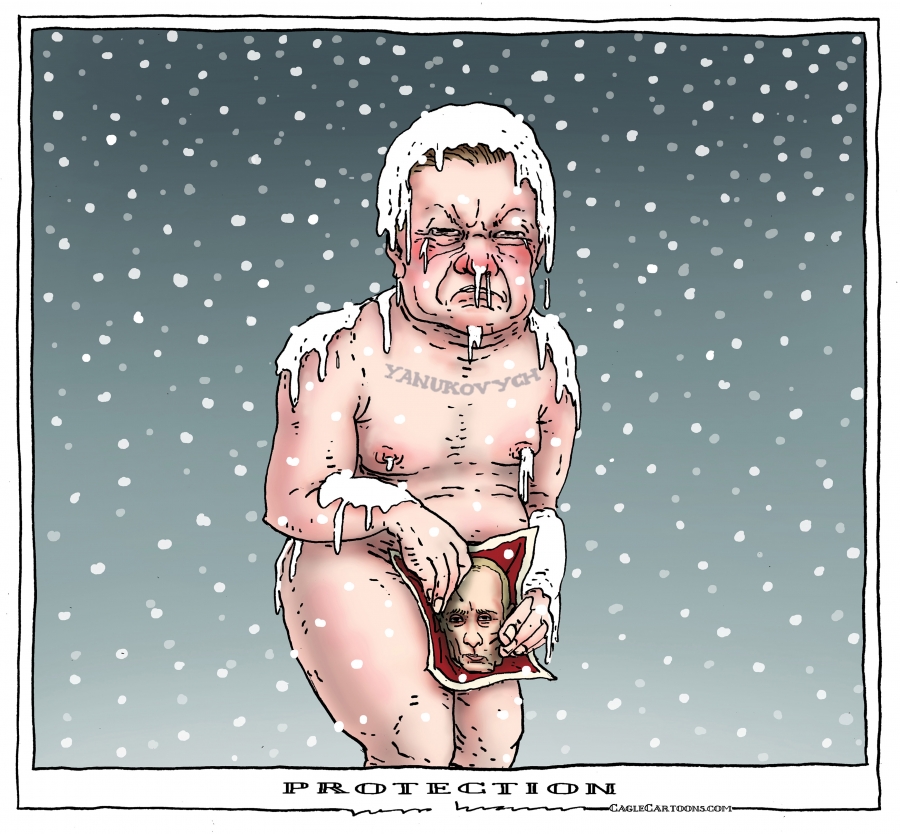 Ukrainian President Viktor Yanukovich may think his Vladimir Putin is his protector, but the arrangement hasn't delivered much so far.