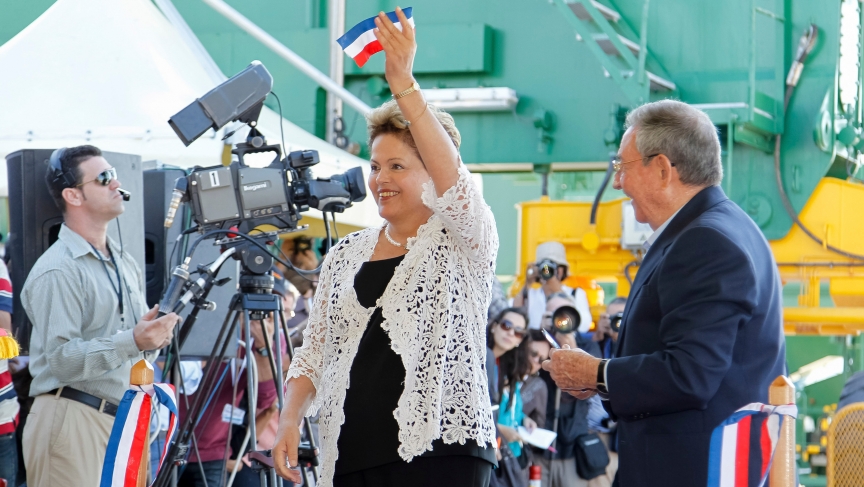 For more than five decades, the island nation of Cuba has been cut off from much of the global economy.

That's in large part because of a US economic embargo implemented in 1960, which limits trade in many ways. It stipulates, for instance, that any ship that docks in Cuba is not permitted to enter a US port for six months.

These days Cubans are planning for a day when the embargo is no more.

This week they unveiled a new, state-of-the-art, deep seaport and trade zone in the Cuban fishing town of Mariel.

The BBC's Sarah Rainsford, who attended the ribbon-cutting ceremony for the project, says Cuba is betting on the "gleaming, pristine new port ... as a potential new motor for its economy.

"I think many people are seeing this as a big signal that Cuba is open for business now, that it does want to bring foreign investment into the country, on its own terms, and in particular around this area around the Mariel port," Rainsford says.

The project will eventually include a rail and highway support network, but it's already the biggest infrastructure project Cubans have seen in decades.

Brazil is ponying up $957 million for the port and free trade zone.

Rainsford says Brazil is "betting very much on a Cuba after the US economic embargo is lifted, a Cuba which is a small market in many ways, a small country, but a country which has so many needs and where so many countries in the future see a lot of opportunity."