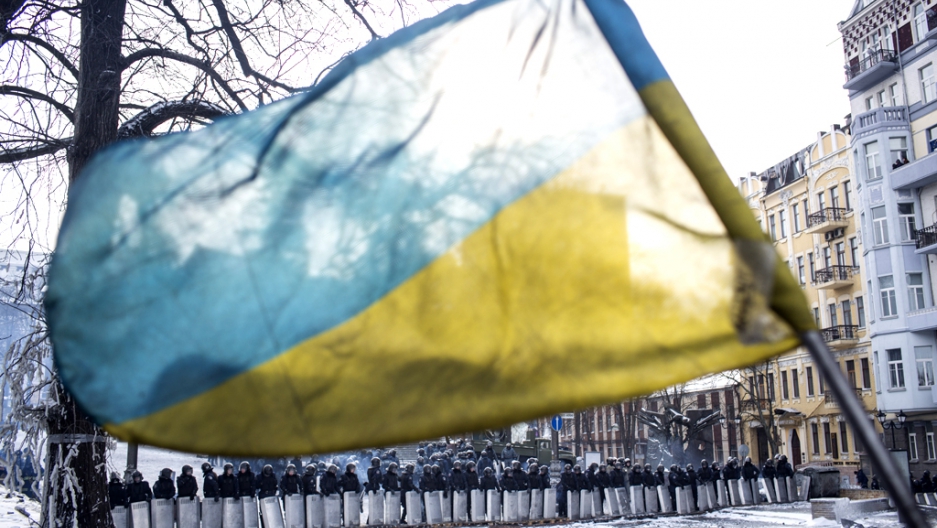 Leonid Kravchuk, who served as Ukraine's first post-Soviet president from 1991 to 1994, urged parliament on Wednesday to "act with the greatest responsibility."

"The entire world acknowledges and Ukraine acknowledges that the state is on the brink of civil war," he said as parliament prepared to debate an amnesty for detained protesters.

"It's a revolution," he added.

Opposition leader Arseniy Yatsenyuk said Azarov's resignation was "was an important step but too late."

"Now the logical step would be the resignation of Viktor Yanukovych," said Vitali Klitschko, another opposition leader.

More from GlobalPost: How western Ukraine is driving a revolution

Hundreds of protesters remained in the streets calling on President Viktor Yanukovych to step down.

He supports granting an amnesty for protesters only if they vacate the buildings and streets they've occupied in their months-long protests. Observers say that's unlikely.

The demonstrations began in November, when Yanukovych rejected a promised deal with the European Union in favor of closer ties with Russia. They soon spiraled into broader anti-government protests and have since spread outside the capital Kyiv.

European leaders have weighed in with support for the protesters.

On Wednesday, German Chancellor Angela Merkel said, "They are fighting for the same values that guide the European Union and that is why they must be listened to."

Russian President Vladimir Putin, in Brussels for an EU-Russia summit on Tuesday, warned the EU against interfering.

"The more intermediaries there are, the more problems there are," he said. Putin added that Russia wouldn't review a $15 billion bailout for Ukraine that Yanukovych accepted after turning down the EU dea. "Russia will never interfere."

"An association pact with Ukraine would have been a major boost to Euro-Atlantic security, I truly regret that it could not be done," Rasmussen told le Figaro daily. "The reason is well-known: pressure that Russia exerts on Kyiv."