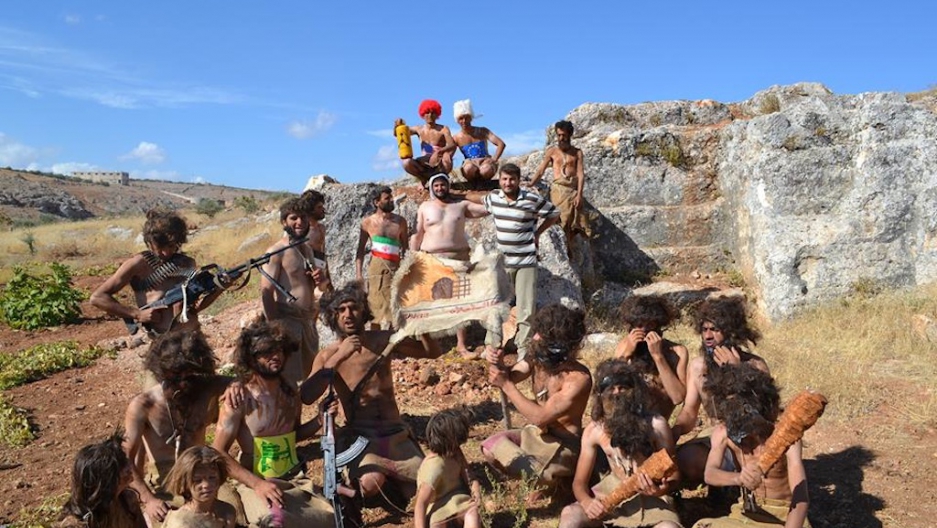 Syrians film "Kafranbel: the Syrian revolution in 3 minutes," a satirical video critical of the international response to their civil war.
Credit: Kafranbel
Share

Unidentified gunmen reportedly shot and wounded popular Syrian media activist Raed Fares on Wednesday, though he is in stable condition and recovering after the alleged assassination attempt, according to activists, convincing yet unconfirmed video, and early reports.

Since 2011, Fares and other anti-Assad media activists in the northwestern town of Kafranbel have been producing viral videos and some of Syria's most iconic and often comedic posters to express their critical view of the Syrian war.

Along with an old picture of Fares smoking a cigarette, the Kafranbel Syrian Revolution posted a statement on it's Facebook page: "We strongly condemn the terrorist attempt to murder the Director of Media Center," the group said, adding that they had no "information about the party in charge" of the shooting.

Fares had just completed a short "Voices of Hope" tour with Syrian activist Razan Ghazzaw throughout the US, where they gave interviews to The New York Times, among other news outlets, and spoke about the war to raise awareness before Fares returned to Syria.

During the tour he visited The New York Times office in New York and told the paper in an interview that a media center in Kafrnabel had been attacked by the Islamic State of Iraq and Syria, an al-Qaeda linked terrorist group.

"ISIS was against the media center in general because we specifically targeted them for criticism in our protests with our posters and banners," Fares told The Times.

"We made a poster in July that showed an FSA member fighting the regime and standing behind him was an ISIS fighter stabbing him in the back. We made one recently that was modeled on the film “Aliens,” and showed ISIS as a monster. We made a banner that said, “To all those who are not Syrian, please leave our country,” Fares added.

GlobalPost reported on Fares and the Kafrnabel group back in January after they produced a satirical video that had criticized the international community for not doing more to help Syria's people.

More from GlobalPost: A group of Syrians satirizes the war ... and those who watch it (VIDEO)