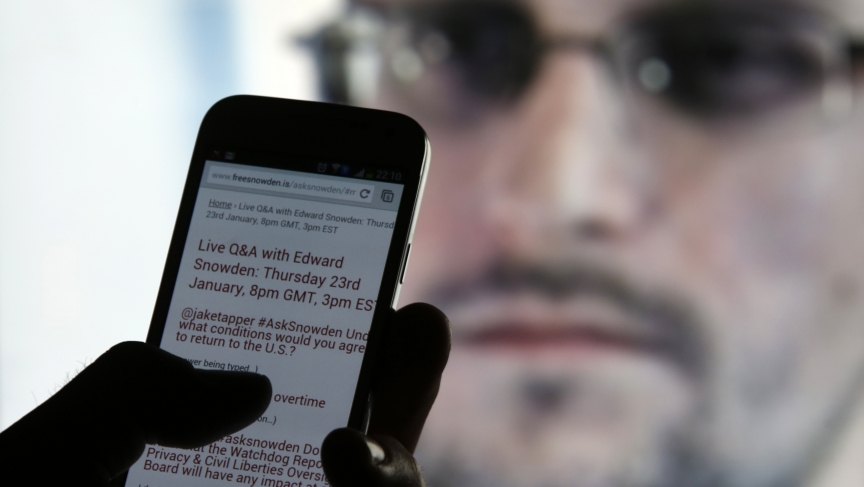 A man uses his cell phone to read updates about former US spy agency contractor Edward Snowden answering users' questions on Twitter in this photo illustration, in Sarajevo, on January 23, 2014.

President Barack Obama never mentioned Edward Snowden during Tuesday's State of the Union address — but you can bet his vow to reform America's surveillance programs while respecting people's privacy wouldn't have been uttered without the leaks from Snowden.

Now, a former Norwegian minister has nominated Snowden for the Nobel Peace Prize. Baard Vegar Solhjel of the Socialist Left Party and his colleague Snorre Valen told AFP they did it because "he has contributed to revealing the extreme level of surveillance by nations against other nations and of citizens," which has created public debate on trust in government, "a fundamental requirement for peace".

The Norway news website reports the pair told the Nobel Committee that they did not necessarily support all of Snowden's disclosures.

Members of India's LGBT community are facing a darker future after the Supreme Court on Tuesday refused to overturn a law criminalizing consensual sex between same-sex individuals. The court ruled that only an act of Parliament could change the Indian Penal Code, which was inherited from the colonial British administration.

Activists say they will protest and fight to change the law, but several told the Times of India they expect homophobia to increase as a result of the decision.

An Iranian teacher takes a stand for his student

A school teacher in Iran has become a national hero after shaving his head in solidarity with an 8-year-old pupil who was bullied after losing his hair from a mysterious illness.

Ali Mohammadian's gesture inspired 20 of the student's classmates to also shave their heads. The teacher explained his decision on Facebook, attracting national media attention. President Hassan Rouhani praised Mohammadian for his stand and the government offered to pay for the pupil's medical treatment, as the Guardian reports.

India's dancers are clothed in fabric, and also tradition

Culture is a great lens through which to view a country and its people. That’s why photographer Briana Blasko spent a year travelling through southern India, photographing dancers in their traditional costumes. The result is a book called “Dance of the Weave. “ She told PRI’s The World that, for her, the most important factor in transforming the dancers isn't the make-up, but the fabric of their costumes.

This is a whole new level of literary debate

Sure, passions can run high when debating the merits of great literature. Unfortunately, a drunken row between two friends ended in murder when a 53-year-old poetry lover from the remote Russian town of Irbit was outraged by a friend who preferred prose. That's right. He stabbed a friend to death last week for saying “only prose was literature.” According to the BBC, local police say the alleged killer has admitted the crime and is facing up to 15 years in prison. It's just the most recent philosophical disagreement in Russia to end in violence. In September last year, an argument about the philosopher Immanuel Kant in the Russian town of Rostov-on-Don ended in a pistol fight.

Are Bitcoins going to go mainstream?

A New York financial regulator is putting Bitcoins under the microscope — and maybe that's for the best.

The cryptocurrency has been getting some negative attention lately, including indictments for some of the major players in the Bitcoin economy. But more and more busineses are accepting Bitcoins for payment, and now a New York regulator wants to put regulations in place that could become a model for bringing Bitcoins into mainstream financial markets, as The Takeaway reports.

Is it a bird? Is it a plane? No - it's Superpope http://t.co/VysqQyTRCK

While the American South tries to unstick itself after a few inches of snow ground everything to a halt, people in Romania and Bulgaria are dealing with a new snowstorm that will add to the more than a foot of snow they got late last week. Most areas are expecting another 3 to 6 inches of snow, but Bucharest, the capital, may face another foot of snow from this latest storm, according to AccuWeather.

There's a long way to go in Ukraine 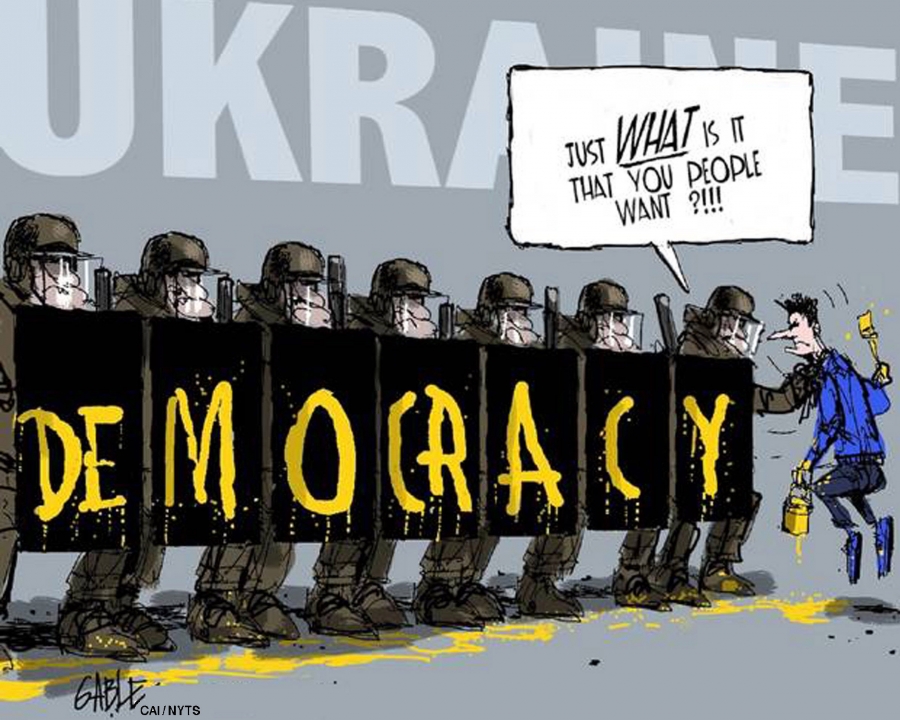 Canadian cartoonist Brian Gable shows just how far apart the two sides are in the crisis in Ukraine.