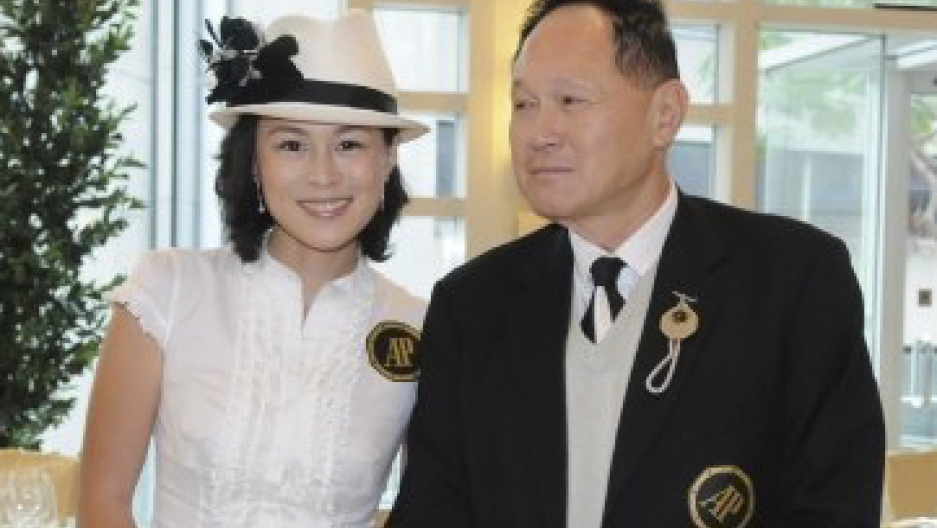 While her father ramps up his rhetoric, Gigi Chao has responded with a heartfelt, eloquent letter asking Cecil Chao to accept her wife as a “normal, dignified human being.”

Gigi Chao finds herself again in the public eye after Cecil hinted he’d double a “marriage bounty” to HK$1 billion ($100 million) for the man who could win her heart.

Of course, she’s already married. To a woman.

It left Gigi little choice to engage him, since an estimated 20,000 men reportedly made advances to her after Cecil’s initial offer.

Her reply is an open letter published through the South China Morning Post.

It begins with “Dear Daddy,” and excuses her 77-year-old father for his unwanted measures.

“My regret is that you have no idea how happy I am with my life, and there are aspects of my life that you don’t share,” Gigi, 33, writes. “I suppose we don’t need each other’s approval for our romantic relationships, and I am sure your relationships are really fantastic, too.”

Cecil is a real estate developer who doesn’t recognize his daughter’s marriage. Gigi and Sean Eav were reportedly married in France two years ago because Hong Kong remains opposed to same-sex marriage.

The former British colony now under China's control, in fact, recently refused to address the issue.

In a statement to CBC News, the government said such debate threatens to unravel Hong Kong society.

“The society is deeply divided over this issue,” the official statement read. “While some are in support from the perspective of equal opportunity, others worry that launching a consultation exercise may cause undesirable impact on family, religion and education.”

The government said instead it would address the issue through public education campaigns.

“In Hong Kong, despite its cosmopolitan outlook, many people are afraid still of coming out, because we do not have any laws protecting homosexuals,” Billy Leung, a gay man married in Canada, told CBC.

That is, perhaps, one reason Cecil Chao has taken such an extreme approach to his daughter’s life.

It might also explain why Gigi is willing to tolerate it.

“I know it’s difficult for you to understand how I could feel romantically attracted to a woman; I suppose I can’t really explain it either,” she writes. “It just happens, peacefully and gently, and after so many years, we still love each other very much.”

More from GlobalPost: Billionaire hints at doubling reward for man who marries his lesbian daughter