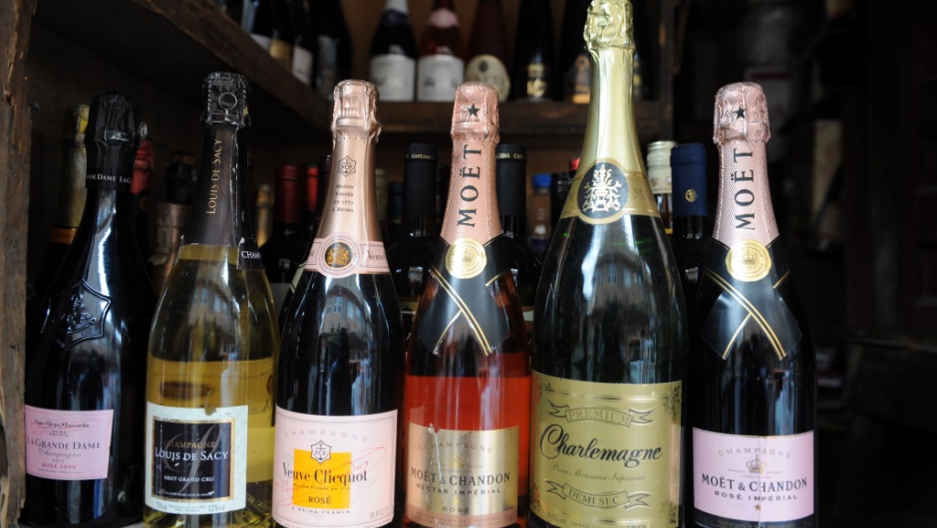 Brisk sales of bubbly are a sign of Nigeria’s effervescent economy as well as the tastes of its ostentatiously wealthy elite.
Credit: PIUS UTOMI EKPEI
Share

So pop open a bottle of Moet & Chandon — after all, from 2012-2013, seven Nigerian branches of South African supermarket group Shoprite sold more of the bubbly than its 195 South African shops combined, a sign of Nigeria’s effervescent economy as well as the tastes of its ostentatiously wealthy elite.

As you read this, Nigeria, despite its endemic corruption, grinding poverty, and sectarian violence, has probably already passed into the No. 1 slot, just not officially. How, and why? It’s all about the numbers. GlobalPost breaks it down:

The simple fact is that Nigeria has more people — many, many more people: The population of Nigeria is 169 million, compared to a slim 51 million for South Africa.

Of course, South Africa is a far more developed country than Nigeria, with good infrastructure and banks, and a diverse and sophisticated economy. Nigeria, the biggest oil producer in Africa, remains heavily reliant on the oil industry and is plagued by corruption and inequality.

For these reasons, South Africa has a much higher average GDP per capita, at $7,508 compared to $1,555 in Nigeria. Some 100 million Nigerians still live on less than $1 a day.

But in terms of sheer economic weight, there’s just no competing with the most populous country on the continent.

But Nigeria’s statistics office is about to change the way various sectors of the economy are weighted when it comes to determining the estimated GDP.

Currently, Nigeria’s GDP figure is based on a weighting from 1990. In other words: It is hugely underestimated. Sectors such as IT and telecoms have grown significantly in recent years, and this hasn’t been taken into account.

Analysts say that Nigeria’s GDP figure could jump by anywhere between 20 and 65 percent when the new calculations are released (expected in early February; there have been several delays already).

That means Nigeria may see its GDP increase to between $384 billion and $424 billion this year.

Such a leap isn’t unprecedented. Neighboring Ghana’s GDP estimate increased by about 60 percent in 2010 after its figures were rebased. Many other sub-Saharan African countries also think their GDP is underestimated, according to Simon Fraser University professor Morten Jerven, an expert on African development statistics. And so other countries will likely follow suit.

Speedy growth — and lack of strikes

Nigeria’s economy has been growing at a rate of around 6 to 7 percent per year, compared to just 2 to 3 percent for South Africa.

South Africa is starting from a much higher base, of course. But its economy has been limping compared to many others on the continent, not least due to labor unrest in the mining, transport, and auto manufacturing sectors.

Pravin Gordhan, the South African finance minister, said last week that the country can’t afford more strikes in the platinum sector, warning that they would further hurt investor confidence and damage the economy.

On Thursday, however, the main trade union launched a strike over wages at the world’s top three platinum producers. The rand, South Africa’s currency, tumbled to a five-year low.

Nigeria’s growth may yet be hampered by its many problems. The army is fighting an insurgency in the north against the Al Qaeda-linked Boko Haram militant group. In the south, there is persistent violence and banditry in the oil-rich Niger Delta region. Corruption remains a huge drain on the economy.

Nevertheless, it would be a shock if Nigeria didn’t soon become No. 1.