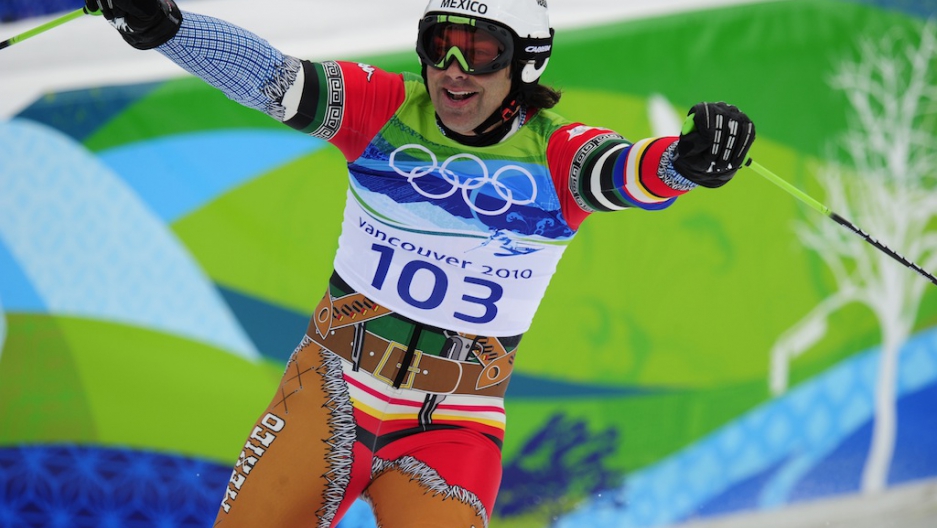 If there were a gold medal for the “best dressed” athlete at the Sochi Winter Olympics, Mexican skier Hubertus von Hohenlohe would be a hot favorite to win.

The flamboyant 55-year-old — the sole member of Mexico’s Olympic team — plans to wear a mariachi-style race suit when he competes in the men’s slalom event in Russia next month.

The skin-tight outfit features the trimmings of a black bolero jacket, ruffled white shirt, red tie and cummerbund. Fortunately, von Hohenlohe won’t be carrying a guitar or violin, considering the speed at which he will be traveling down Rosa Khutor.

Von Hohenlohe, who is competing in his sixth — and likely final — Olympics, has a penchant for wearing outrageous uniforms.

During the Vancouver Olympics in 2010, he wore a Mexican "bandit" outfit complete with bullet straps and pistol holders, as well as an environmentally themed suit promoting recycling.

Von Hohenlohe, who has represented Mexico during the 1984, 1988, 1992, 1994 and 2010 Olympics, isn't likely to hold any illusions about his chances of winning a medal for the country where he was born and lived briefly as a child.

His career-best ranking, which he recorded 30 years ago, was 38th. Now, at the age of 55 (which in the sporting world is considered ancient), von Hohenlohe is at least twice as old as many of his competitors.

But that doesn’t seem to bother the colorful character, whose attitude toward the sport is unlike most professional athletes.

"I didn’t want to do skiing in a full, professional way," von Hohenlohe told NBC Olympics. "But more as an amateur, gentleman’s racing sort of thing."

Von Hohenlohe's laid-back attitude may stem from the fact that money is no problem for the son of Prince Alfonso von Hohenlohe-Lagenburg. While von Hohenlohe's father made a name for himself promoting the Spanish resorts of Marbella and Costa del Sol in the wake of World War II, his mother is Princess Ira von Furstenberg, actress, jewelry designer and Fiat heiress.

Von Hohenlohe's talents aren't limited to skiing (like a gentleman, of course).

He has pursued careers as a photographer, a businessman, and a professional musician, using the pseudonyms Andy Himalaya and Royal Disaster.

Here is the video clip for one of his songs, "I want pop," that was posted on YouTube.

Perhaps his next career move could be fashion designer?