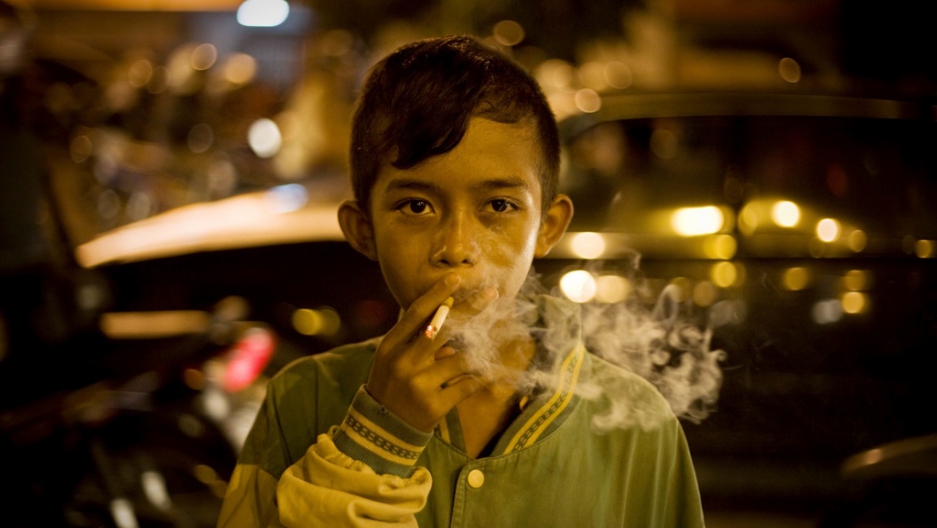 Cigarette advertising in Indonesia is so offensively prevalent no one blinks an eye when Philip Morris sponsors a refugee camp, let alone a children's concert.

This is a country where a huge billboard in Jakarta promoting the cigarette brand LA Lights reads, in really big letters, "Don't Quit." Even worse — if it can be worse — the "Do" and the "it" are highlighted in bolded red.

Such giant billboards glare at motorists along all of the country's streets, rural and urban, hawking the brands so much of the world has already vilified. Marlboro and Djarum, and others, sponsor almost every major event and are so clearly marketing to kids you wonder if their managers have trouble sleeping at night. Paging Jeffrey Wigand.

A third of all Indonesians smoke. Twenty percent of kids aged 13 to 15 smoke. And 225,000 Indonesians die every year from smoking. Yet the concept of quiting remains relatively foreign to many Indonesians, who will offer you a cigarette as a gesture of goodwill so agressively that if you are trying to quit you have no chance.

You might remember this video of a toddler addicted to smoking in Indonesia. It went viral in 2010 and sparked a soul-searching that was as short-lived as you might expect in a place where the government is blatantly corrupt and cigarette companies blatantly rich.

Driven out of the West by regulations and taxes, cigarette companies years ago shifted their strategy to Southeast Asia, where they aimed to re-capitalize. And capitalize they did. The whole story is expertly reported in the documentary "Sex, Lies and Cigarettes," which you can (and should) watch in its entirety here.

So against all these odds it's a most welcome change that Bali, the world famous resort island many forget is a part of Indonesia, has refused to host the world's largest tabacco trade fair. Health activists across the region celebrated the decision, calling on the rest of Indonesia to do the same.

"The Bali governor has put his people's interests above others," Bungon Ritthiphakdee, director of the Southeast Asia Tobacco Control Alliance, told the Jakarta Post.

This is no small thing. Bali's local government is surely giving up a large windfall. The island has made holding large conferences the lynchpin of its tourist economy in recent years. The potential for profit is huge and the sell is easy. If you want to hold a conference and attract attendees, it might as well be on an island synonmous with magic and mysticism and beaches and volcanoes and sensual traditional dancing (let's pretend for a second that the traffic is not crippling).

So for a country and an island that could use the money, the rejection of Asia's Big Tobacco is pretty fuckin' awesome.