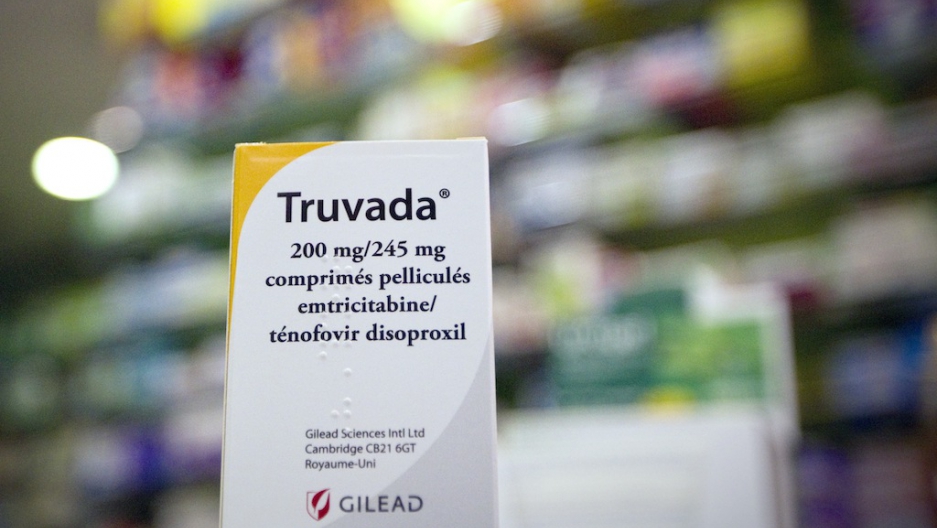 A picture taken on May 11, 2012 shows a box of antiretroviral drug Truvada -- two months before the U.S. Food and Drug Administration (FDA) approved Gilead Sciences' Truvada as a preventative treatment for people who are at high risk of contracting HIV through sexual intercourse.
Credit: JOEL SAGET
Share

New global data overwhelmingly suggest that a pill to prevent HIV, approved by the United States’ Food and Drug Administration in July 2012, is safer and more effective than the medical community originally thought. Importantly, new models predict that when taken daily, the drug, called Truvada, can lower the risk of HIV transmission by 99 percent. Recent studies also show that a large-scale rollout of Truvada is unlikely to lead to increased antiviral drug resistance or risk-taking behavior, as some had feared.

But old concerns, even as they have been called into question, persist, and are hindering Truvada from being widely used for HIV prevention. This needs to change.

The use of Truvada -- a drug originally approved for HIV treatment -- for HIV prevention in uninfected people is an unprecedented approach to addressing the epidemic. In the medical community, this form of therapy is known as Pre-Exposure Prophylaxis (PrEP) and so far Truvada is the only drug to obtain PrEP approval. While the US Centers for Disease Control and Prevention recommends PrEP for those at high risk for contracting HIV, such as men who have sex with men, sex workers, injection drug users, and people with known HIV-infected partners, its adoption has been slow over the last two years largely due to concerns about its safety, efficacy, and effect on patient’s sexual behavior.

When Truvada first was approved for PrEP, some public health experts and community groups feared that people might feel falsely protected against HIV and participate in high-risk sexual behavior, potentially negating the protective potential of the regimen. These critics also worried that mass prescription of PrEP could perpetuate antiviral drug resistance because of low adherence by patients in some studies.

Complicating matters, physicians were hesitant to prescribe Truvada for PrEP because they felt its small risk of side effects and financial costs could be avoided if patients consistently used protective measures such as condoms and were careful in their choice and number of sexual partners. What’s more, the main study supporting the use of PrEP, known as the iPrEx Study, reported that PrEP worked only about half the time, confusing the health community, because it appeared PrEP was not as effective as expected.

Two years later, more recent studies tell a different story, but fears are still contributing to PrEP’s low support by physicians and low demand by at-risk patients. Ultimately, healthcare providers play a major role in patient decision-making and physicians need to stand behind PrEP so that patients will increase uptake and adherence.

We have a few key recommendations to be adopted globally in order to increase the use of PrEP. First, PrEP must be adequately integrated into primary care systems directed at high-risk populations. In the US, this may be facilitated through the Affordable Care Act. Globally, we need to advocate for PrEP’s inclusion in existing HIV treatment and prevention models and urge for increased funding to support provision of PrEP in low-income countries. While Truvada is available around the world, its use as PrEP has not yet been approved or implemented everywhere. Moreover, it is largely unaffordable at up to $14,000 per year. Its manufacturer, Gilead Sciences, should allow tiered and reduced pricing for low-income regions.

Second, adherence to medication must be improved—it is the only evidenced shortfall of PrEP for which we do not yet have a tested solution. We need to educate and support primary care providers and at-risk communities, as well as establish strong and clear global guidelines for PrEP usage. Strong primary care systems that integrate innovative health coaching and community health worker strategies will be critical to this effort.

Lastly, we need to document and systematize PrEP usage far more efficiently. Currently, there is no registry of PrEP users in the world. We need to collect data on who is taking PrEP to monitor prescribing, adherence, risk behavior, antiviral resistance patterns, and effectiveness at the population level. In the US and countries with strong information technology infrastructure, this can be done more quickly than in other, less developed regions.

A couple of years ago, the debates surrounding the use of Truvada for PrEP in healthy people were reasonable. But with new evidence, we believe in 2014 there is less to debate and far more to accomplish to make PrEP available. No longer can we reasonably ignore what may very well lead to the end of global HIV/AIDS.

Abraar Karan is a medical student at UCLA. He has worked in Uganda at the Infectious Disease Institute and in Mozambique with the Center for Disease Control studying HIV clinical practice and policy. He runs the global health blog Swasthya Mundial and you can follow him @SwasthyaMundial. Dr. Jeffrey D. Klausner is an infectious disease specialist and professor of medicine and public health at UCLA. He is the Former Director of STD Prevention and Control Services in San Francisco and Former Chief of the HIV and TB Branch at the Center for Disease Control, South Africa.

More from GlobalPost: PrEP debate is reminiscent of the past