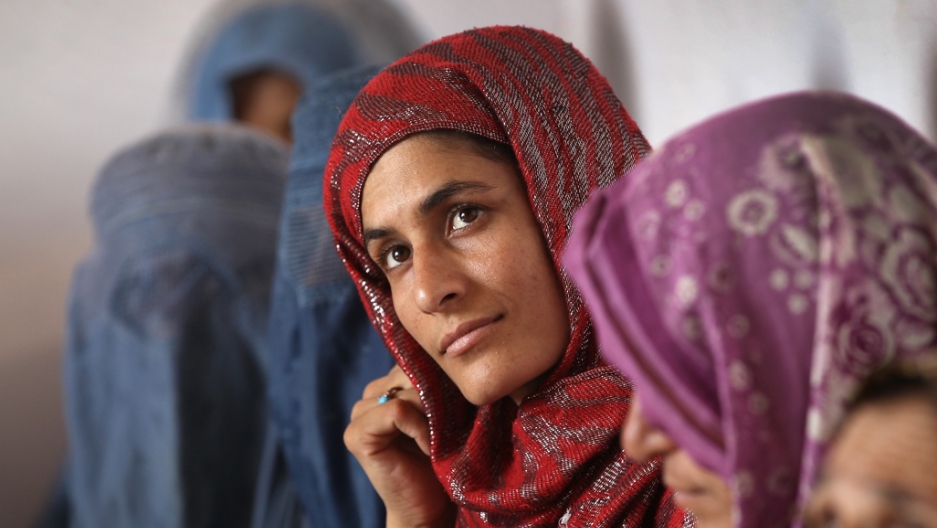 BUZZARDS BAY, Mass. — These are indeed troubling times in Afghanistan. As the United States prepares to withdraw its combat troops by the end of the year, rights advocates worry that Afghan women’s hard-fought gains of the past 12 years could begin to erode.

Their fears are more than justified by the situation in Afghanistan today. Despite more than a decade of intervention and development, Afghanistan is considered the most dangerous country in the world to be born a woman.

According to the Afghan Independent Human Rights Commission, 2013 was a record year for incidents of violence against women, showing a 25 percent increase over 2012.

For women who aspire to leadership positions, the danger is compounded. Female leaders are often targeted for assassination, and according to the Afghanistan Rights Monitor, an independent watchdog organization, the killers are rarely if ever prosecuted.

But Afghan women are still working hard to claim their rights, with help from multiple international bodies. GlobalPost interviewed one women’s rights activist, Palwasha Kakar, an Afghan American who is now the director for women’s empowerment and development at The Asia Foundation in Kabul. She was recently in Boston for a colloquium on women’s role in peace building organized by the Institute for Inclusive Security.

Born in Seattle in 1978, Kakar was the first girl in her family to attend school. Not only did she complete an undergraduate degree at Bethel University in Kansas, she also received her master’s degree from Harvard University, with a concentration in gender, politics and religion.

After the 9/11 attacks and the US-led invasion of Afghanistan, Kakar realized quickly that the programs designed to help Afghan women would be counterproductive if they were not handled with care.

GlobalPost: What motivated you to go to Afghanistan?

Palwash Kakar: Political rhetoric about crusades and saving Afghan women intrigued me. But more importantly I knew that pushing a Western agenda of women's emancipation on Afghans was going to cause a strong anti reaction that would not help the situation of women. I sorely wanted to go back and develop culturally appropriate strategies and programs to help women in credible sustainable ways with agents of change from within society rather than the outside pressing for changes that wouldn't stick.

Moving to Kabul in 2004, I quickly realized how much I took for granted in the US — basic security while walking on the streets for women, continuously running water, hot water, central heating. Although I had lived in Peshawar for seven years and had experienced street harassment, Kabul was different because of how many young men were walking around with guns and the level of impunity. Things have become much worse over the past two years.

Afghan university students and activists demonstrate in support of an anti-violence against women law outside parliament in Kabul on May 27, 2013. Shah Marai/AFP/Getty Images

How is the impending US troop withdrawal affecting the situation for women?

In general this is a time of fear and uncertainty — it is palpable. Everyone is wondering what’s going to happen next.

There is much more polarization than there used to be, between those who want a more secular approach and those who favor a strict Islamist society.

We saw this with the law on the Elimination of Violence Against Women. When it was discussed in parliament it provoked a huge backlash.

[Note: Afghan President Hamid Karzai signed EVAW into law by decree in 2009. When a female lawmaker attempted to get it ratified by parliament last May, discussion grew so heated that the speaker had to cut off debate. Some parliamentarians objected to provisions against underage marriage, and establishment of women’s shelters, which they see as “immoral.” The law has still not been passed through the legislature.]

What are the specific ways in which women are being affected?

As the international presence declines, and PRTs [Provincial Reconstruction Teams — bases for foreign forces] are shut down, things are getting worse for women.

There is a lot more criminal activity, sometimes by the Afghan Local Police. The ALP are preventing women from going to work, and girls are sometimes unable to get to school.

The Asia Foundation annual survey showed that that there has been a drop in the quality of education, and a decrease in mobility for women and girls in those areas where the PRTs have been closed.

This is especially true in the North; the ALP have guns and impunity. They are causing insecurity.

[Note: The Afghan Local Police were set up by the US to help Afghans defend themselves once the international troops were gone. They are not a regular army or police force; they have rudimentary training and the lines of accountability are often unclear.]

Will the Taliban have a greater presence once the foreign troops are gone?

There is already a lot more Taliban influence in public places. For the future, it would be hard to imagine a government without some integration of the warring sides. Otherwise, there will not be a sustainable peace.

People are tired of war; they realize there is no going back to the way things were. And the Taliban are different, too, from what they were.

How will women be able to coexist with the Taliban?

There are hopeful signs. In Paktia province, the Taliban had shut down girls’ schools. Women’s advocacy groups negotiated with them. They promised to have only women teachers, and more religious studies. They got the schools re-opened.

What will presidential election in April mean for women?

The elections will tell a lot about what is coming next.

There is no female running for president, but three of the candidates have picked women as their running mates. These are very strong women in their own right.

So there is good news after all?

Women are organized, they know how to advocate for their rights; they have figured it out.

This is doing a lot at the grassroots level, but we still need international pressure to effect change at the top.

But in general, there is so much hope.

Journalist Jean MacKenzie worked as a reporter in Afghanistan from October 2004 to December 2011.