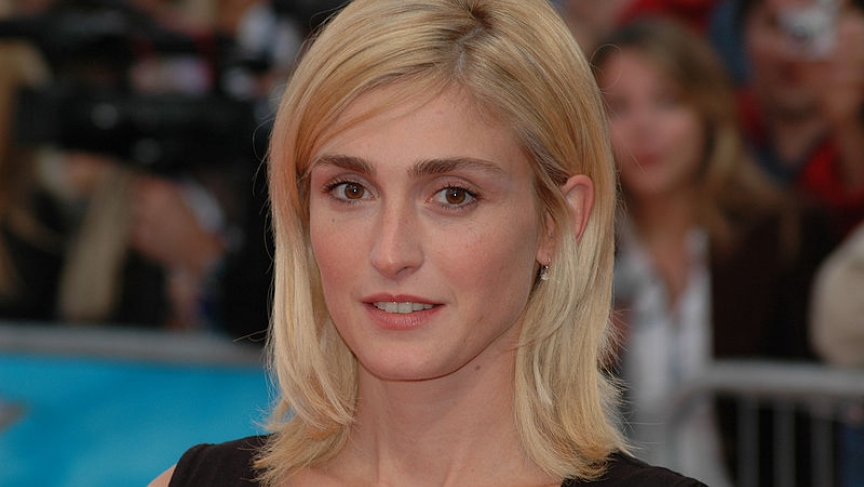 French actress Julie Gayet, at the Deauville Film Festival in 2007, and French President François Hollande have reportedly been in a relationship for the past two years.

French President François Hollande confirmed on Saturday that "I have put an end to my shared life with Valérie Trierweiler." Trierweiler, a journalist, had been living with Hollande and serving as the country's first lady. She has moved out of the presidential residence.

The global community is well aware of the tumultuous love life of French President François Hollande. Hollande's affair with French actress Julie Gayet and the ensuing illness of Trierweiler have made the cover of newspapers worldwide over the past week. Hollande is also a father of four with former partner Ségolène Royal, a politician who came in second during the 2007 presidential elections in France.

So his love life is a tad complicated, but he is hardly the first French president to have an unorthodox family structure (François Mitterand and Felix Faure come to mind). By most accounts, French voters do not factor in the private lives of their politicians when it comes down to the ballot. In fact, a survey by the Pew Research Center suggested that French voters may be more lenient towards infidelity than others:

"Just 47% of the French say it is morally unacceptable for married people to have an affair, the lowest percentage among 39 nations surveyed in 2013 by the Pew Research Center. In fact, France was the only country where less than 50% of respondents described infidelity as unacceptable. Instead, four-in-ten think it is not a moral issue, while 12% say it is actually morally acceptable."

The French perspective on infidelity and politics has often puzzled many of its English-speaking neighbors. Adam Gopnik in the United Kingdom articulated the cultural dissonance between the two cultures that sprung from Hollande's affair going public:

"France is not a puritanical society — it accepts that human appetites for sex and food are normal, or “normale”, to use a word much prized there, and that attempts to suppress either, will make men and women nervous wrecks at least [...]

"Puritans are the least buttoned-up people in the world. They can't wait to pin a scarlet A for adultery on someone's clothing, or hold a public humiliation ritual. Nothing could be more illustrative of this than the tone of outraged indignation directed by British tabloid journalists at their reluctant French press equivalents in the past week."

A few readers disagreed with Gopnik's take. “Sean in Belgium” argued that one needs only to look at the recent mass protests in favor of family values and the ban on prostitution in France to see that the theory does not compute:

"It is a caricature of the complexities of French attitudes simply to say that desire is accepted. This, after all, is the country that has just banned prostitution."

Given the cultural impact that France has had on the countries within its former empire, one cannot help but wonder: Do the relaxed views on the issue extend to France's former colonies?

At first glance, it would seem that the French laissez-faire attitude did not extend to other Francophone countries. The aforementioned survey by the Pew Research Center noted that a large majority of polled citizens in Senegal, Lebanon, Tunisia and Canada viewed extramarital affairs as morally unacceptable. In Côte d'Ivoire, citizens are often puzzled by France's choice when it comes to matters of love and relationship.

Elsewhere, reactions were more diverse. In Morocco, prominent author Tahar Ben Jelloun empathized with the privacy that public figures ask for when it comes to their love life. Here is his open letter to Hollande's partner Valérie Treirweiler [fr]:

"These days I think of you a lot, now that your intimate life, yours and your companion's is being subjected to morbid curiosity, a kind of robbery in broad daylight where your life is being destroyed without a thought for the consequences to not only your life, but that of your children. [...] I think of you because I know that suffering and that violence, as I also know the expectation and hope [of love]. A love story was born between you and the man who would become president. People are cruel and they think that the life of those who are in the spotlight of the news cycle only deserves punishment [...] Now you must make a decision to either continue to live next to a man who is who he is and will not change, or turn this painful page and find your own place."

In other former colonies, citizens are not shy about discussing matters of the heart. In fact, some seem to relish the use of the word “love”. In Madagascar, former transitional President Andry Rajoelina changed the motto of the country to include the word: “Fitiavana, Tanindrazana, Fandrosoana” (Love, Homeland, Progress). The former First Lady Mialy Rajoelina is in charge of an Association called FITIA (Love), a charity that helps the education of disenfranchised children.

You can read more of this article by Rakotomalala or read other posts from around the world at Global Voices Online.