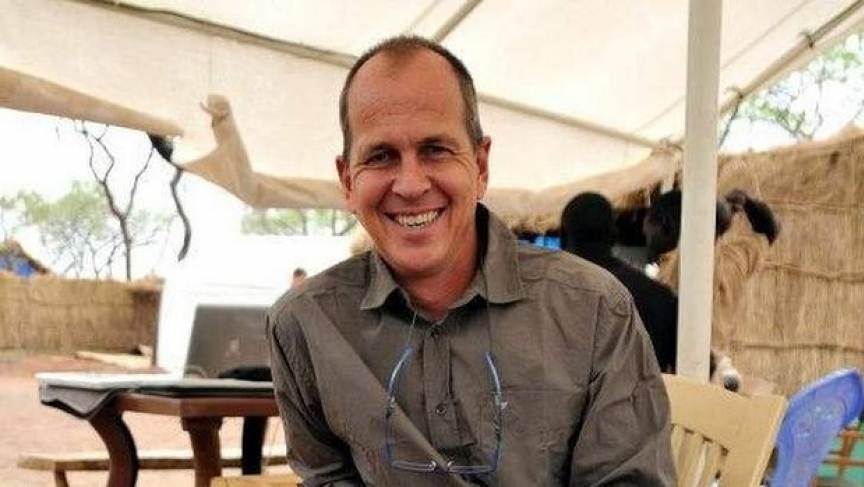 Award-winning Australian Journalist Peter Greste has been held in solitary confinement for a month in Egypt on accusations of reporting "fake news."

Multiple bomb blasts shook Cairo on Friday. The blasts killed at least five people and wounded dozens more. And Juris Greste is following the news closely because his son is wrapped up in the instability.

His son is Australian journalist Peter Greste, who was arrested along with two colleagues of Al Jazeera English for broadcasting false news. The journalists have been in prison for nearly a month. And Peter has just been ordered to serve an additional 15 days in solitary confinement. After that, Juris Greste says his son could face an even longer sentence.

He says the allegations against his son are preposterous. Peter is a seasoned correspondent and formerly worked for the BBC, winning awards for his coverage.

Peter's situation is confusing. He hasn't been charged with any crimes. But he remains in solitary confinement at a maximum-security prison.

Juris Greste says he talks with his son occasionally by phone, and has revealed little of his day-to-day life in prison, "except to say that he has enough food, he has enough of the other basic necessities, and he assures us that he's okay. We're not sure whether he's protecting his mother, but we feel confident that he's bearing up to it," he says. "Our own family heritage has endured some difficult times over the generations and he's clearly inherited some of those toughness genes."

He says his son knew going to Egypt wouldn't be easy. But he didn't anticipate a war zone, and certainly not imprisonment.

"We, obviously, sometimes have nightmares when we know about the places that he's heading into. But we are very proud of Peter," says his father. "We have accepted the somewhat sad thought that he is doing what he loves. He believes in pursuing the truth. And sharing it and reporting it as objectively as anybody can, and we are fully supportive of it."

He adds that Peter's colleagues who are also imprisoned, Mohamed Fahmy and Baher Mohamed, are no more guilty of any offense than Peter.