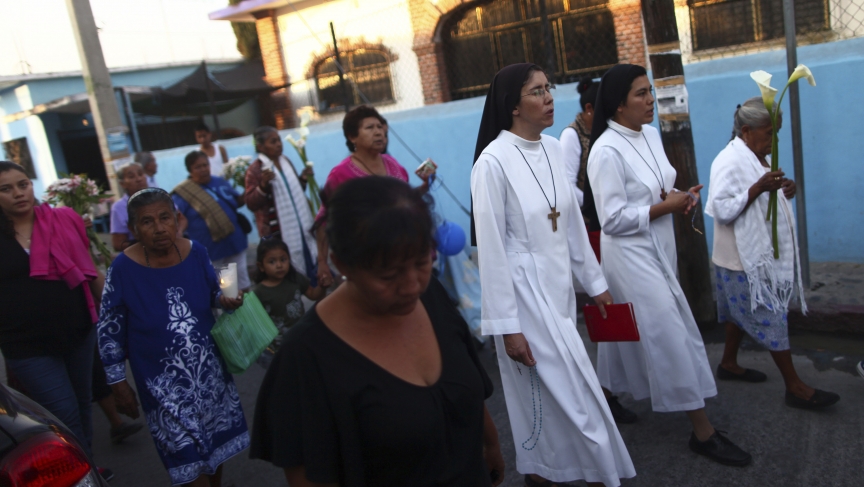 This is one of several protests and vigils held in Mexico against the execution of Edgar Tamayo.

The Mexican government has strongly condemned the execution of a Mexican national in Texas on Wednesday night.

Edgar Tamayo Arias was put to death by lethal injection for the 1994 murder of a policeman.

Secretary of State John Kerry had asked Texas to review Tamayo's case, following a ruling by the International Court of Justice that found the US had violated the Vienna Convention's requirement that foreign nationals accused of crimes be given access to representatives from their native government. The court directed the US to offer a review and reconsideration of sentences in all the cases where foreign nationals were denied access to consular advice.

Tamayo's lawyers argued that Mexican diplomats might have been able to tell the court about his brain injuries, which might have made him ineligible for the death penalty. But Texas, citing US Supreme Court decisions, argues the international court's rulings aren't binding on individual US states, even if they are binding on the federal government.

Reporter Franc Contreras in Mexico says the case is dominating the news there. Besides the legal questions over the case, Contreras says many Mexicans feel revulsion at the death penalty, which isn't used in Mexico.

"They think the death penalty is something that goes back to the Stone Age, somebody told me this morning," Contreras says. "They can't believe this sort of thing still takes place in a country that calls itself a civilized, just, leader of the world."

However, Contreras acknowledges the victim in the case isn't getting much coverage. Houston police officer, Guy Gaddis, 24 at the time, had learned he was to become a father just days before he was killed. He was shot in the back three times.

Contreras says the Mexican media focusses on Tamayo's denials, and what his lawyers say were his mental illnesses.