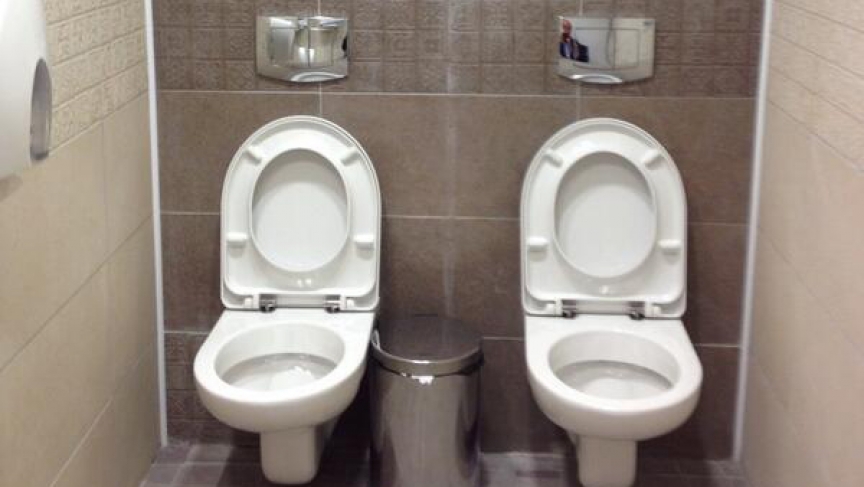 This comes to us from the "What The Heck Were You Thinking?!" Department at the Sochi Olympics.

BBC Moscow correspondent Steve Rosenberg tweeted a picture Monday* with the caption: "Seeing double in the Gentlemen's Loo at the Olympic Biathlon Centre."

Yes, the picture he snapped is of one stall with two toilets, no divider.

The story, and tweet have generated lots of comments.

Opposition leader Alexei Navalny slammed the government, suggesting it had skimped on toilets despite the Games' $50 billion price tag, and embarrassed the country in the process.

Others found some humor in the situation, linking the side-by-side johns to the recent debate over gay rights. You can fill in the blanks on that one. On Wednesday, a new picture emerged. The twin toilets had been remodeled. It's been suggested that the original picture was caught mid-renovation.

But lest we stand accused of cultural insensitivity, while the sight of twin toilets is unusual in Russia, it is not unknown. 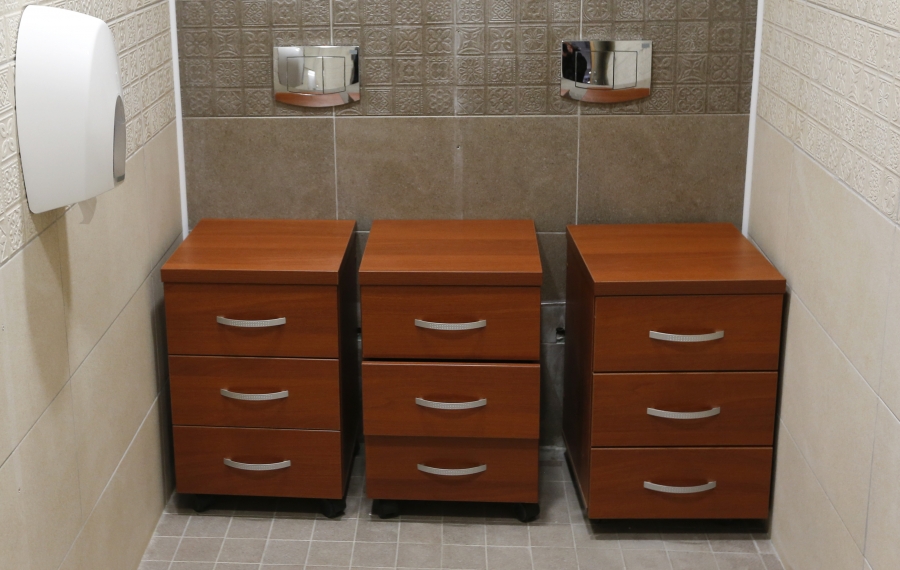 The infamous twin toilet room in the VIP sector of the "Laura" Cross-country Ski and Biathlon Center near Sochi got a remodel on Wednesday. The stall was captured by a BBC correspondent on Monday and then tweeted out, provoking numerous ironic publications and articles all over the world.

A Russian journalist has a blog called 'Two Toilets,' with pictures of other examples of shared facilities, including some in other sports venues and even in restaurants.

The question we're still puzzling over is... why?

If you know, drop us a line in the comments section.

In the meantime, check out this classic SNL video of the "Love Toilet."

Updated: A previous version of this story, incorrectly stated that the original tweet was sent on Wednesday. It was actually sent on Monday. We regret the error.