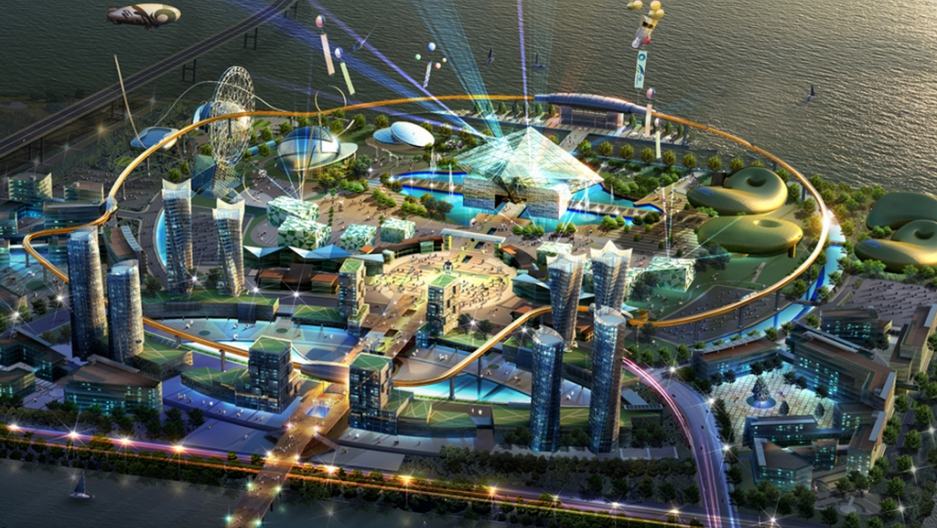 Where will you be in 2016? There is only one answer: at Masan Robot Land in Incheon, South Korea. The world’s first robotics theme park — whose English motto is “Fun & Fantasy with Robot!” — will celebrate science fiction cyborgs and androids while also promoting popular interest in the robotics industry and robot culture.

And don't forget the 364-foot tall statue of Taekwon V, a.k.a. Voltar the Invincible. This colossus will dwarf Japan’s Gundam statue (60 feet) and even America’s Statue of Liberty (151 feet, and not technically a robot... yet). Here's Taekwon V taking an evening stroll in a movie trailer:

On the industry side of things, Robot Land will feature a robot R&D center, a post-graduate robotics school, a Robotics Institute and various educational and industrial development facilities. This basically means you can bring your kids to Robot Land for a visit, then leave them there to become robot engineers. Hopefully they will build the kind that help humans, rather than crush us all in our sleep.

Robot Land is a more than $660 million project of the South Korean government, in partnership with private financers, universities and robotics companies. Phase One of construction (all public facilities) will be completed in September 2016. Phase Two (hotels and condominiums) will be completed in 2018. And by 2020, South Korea’s government hopes to have a robot in every household.

To see amazing concept art for Robot Land, visit its website or this LA Times gallery. Oh, and fun fact: the word “robot” was coined by Josef Čapek, the brother of Czech writer, Karel Čapek. It means “serf labor” and comes from the Czech word robota.