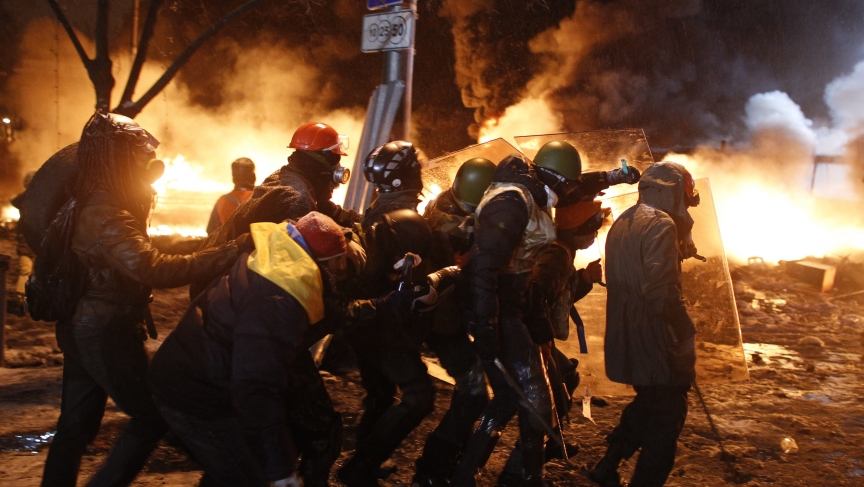 Pro-European protesters take cover behind shields during clashes with riot police in Kiev January 22, 2014. Ukraine opposition leaders said on Wednesday there had been no concrete results from their talks with President Viktor Yanukovich to end weeks of street unrest and they called on protesters to prepare for a police offensive against them.

The next 24 hours in Ukraine could decide the fate of a two-month long protest in the capital city of Kiev.

The AP reported that opposition leader Arseniy Yatsenyuk has given Ukraine's president, Viktor Yanukovych, an ultimatum: fix the crisis or else.

We reached the BBC's David Stern in Kiev. He told us that while every day appears to be the decisive day, Thursday could really be the day.

"Do they win or do they lose?" he told us by phone. Stern didn't mince words. He said civil war could happen.

One protester and political scientist Kateryna Kruk says the situation is very tense.

"Everything is starting to escalate," she says. "[The government] is turning Ukraine into a dictatorship."

In the Storify below, the images and tweets coming out of Ukraine show the capital city on edge of chaos: