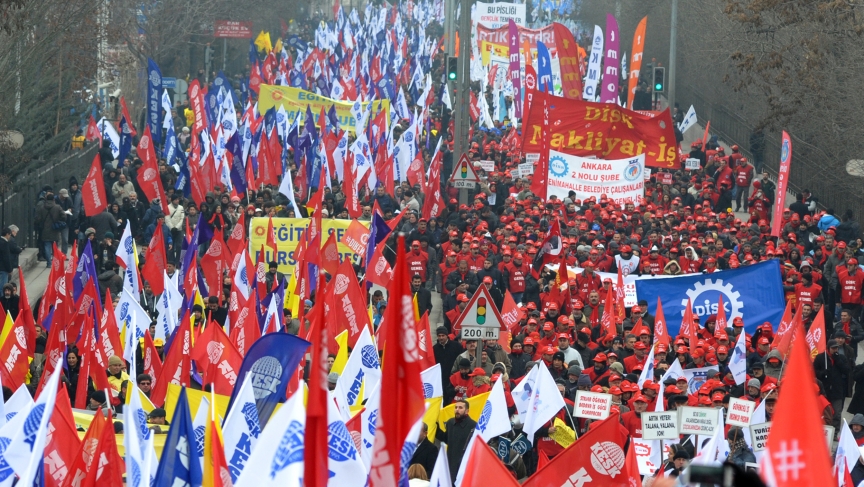 Turkey is in a unique place. It literally has a bridge that joins east and west.

It's at the crossroads of Europe and the Middle East, on the road to points even further east, like India. Tuesday, Turkey's embattled Prime Minister Recep Tayyip Erdogan turned his focus to the west.

He's in Brussels, trying to restart Turkey's faltering bid to embrace the European Union. That won't be easy.

But back home, his country is in the midst of a political crisis.

What started as a corruption investigation against family members and business associates of Erdogan's inner circle has escalated with purges of the police and prosecutors who are investigating politicians.

But who's at the heart of this so-called conspiracy? According to Erdogan, it's a reclusive Islamic cleric named Fethullah Gulen who lives in Pennsylvania's Pocono Mountains.

The corruption probe collared dozens of people, including the sons of three cabinet ministers. $4.5 million dollars in cash was found stuffed in shoe boxes in one of the men's homes. Some reports say the alleged corruption is related to construction and real estate projects and Turkey's gold trade with Iran.

All the targets are closely linked, either commercially or ideologically, to Turkey's ruling AK Party, which came to power 11 years ago. And the government has reacted furiously.

"The judiciary will pay for trying to take sovereignty out of the people's hands," Erdogan warned in a speech last month.

Erdogan's since fired police and prosecutors, shuffled around thousands more, and ordered his ambassadors around the world to "tell the truth" about what he calls a treacherous plot to sabotage his government.

Erdogan blames the corruption probe on a shadowy movement led by Gulen, who has been living in self-imposed exile.

Gareth Jenkins is an Istanbul-based researcher with the Silk Road Studies Program at John Hopkins University. He's been studying the rise of Gulen's movement, called Hizmet, which Jenkins said is made up mainly of pious Muslims, many of them simply seeking job security.

"There was always a sense amongst poorer sections of society, if you could get one member of your family as a civil servant the rest of the family would be safe," Jenkins said. "And we have famously this video of Fethullah Gulen himself, which was released in 1999, telling his followers to infiltrate state apparatus and lay low until the time was right."

When the AK Party came to power eleven years ago, it joined forces with Hizmet-aligned prosecutors and judges. Together, they reigned in the once-mighty military, which had ousted four elected governments in the name of preserving Turkey's secular foundation.

But now these same prosecutors are investigating their former allies. So, the AKP-led government is trying to limit their powers. And that's especially worrying to onlookers.

Ilter Turan, a political science professor at Istanbul's Bilgi University, said this power struggle is tearing apart the justice system from within.

"The way things look now is that the government is trying to increase its ability to wield influence over what the judiciary does and this clearly is a challenge for the rule of law and for a system of checks and balances," Turan said.

So is it true that there's a shadowy sect pulling the strings of Turkey's judiciary?

Members of Hizmet don't deny that the movement extends deep into the halls of power. But prominent figures, like Ihsan Yilmaz, a columnist with the Hizmet-owned Zaman newspaper, said those civil servants aren't breaking the law — they're enforcing it.

"People who espouse Hizmet's worldview as citizens of this country have entered the state profession on merit. Nowadays, because the government cannot cope with the corruption accusations, it's simply trying to divert attention of the public," Yilmaz said.

What we're left with is a power struggle between a powerful religious movement and an increasingly jittery government. But what has many in Turkey worried is that while these two sides battle it out with prosecutors indicting politicians and politicians sacking prosecutors and police — the real casualty could be the rule of law.