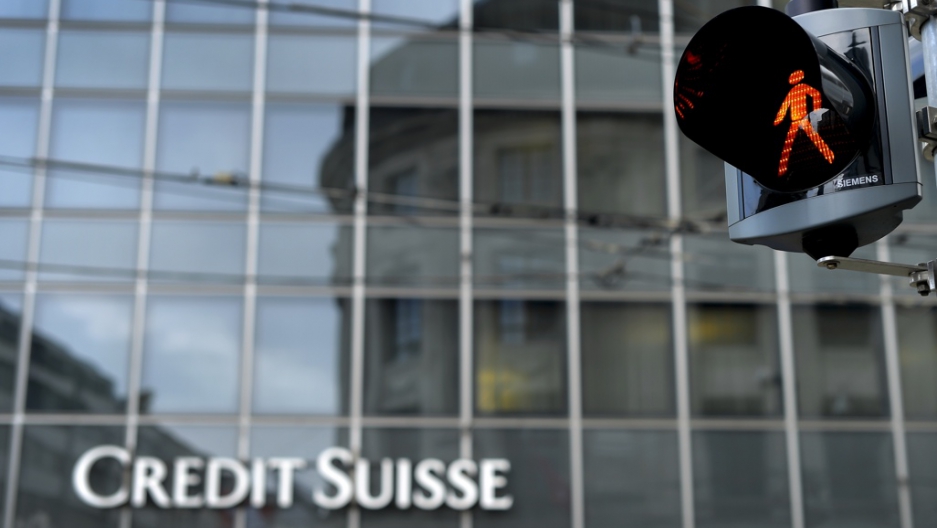 But whatever lofty pronouncements issue forth from the world leaders who attend the three-day meeting, nothing’s likely to trump what a little-known bureaucratic agency did in another Swiss town, Basel, just 10 days earlier.

That’s where the Basel Committee on Banking Regulation, a global club of central banks that attempts to coordinate policy across international markets, threw in the towel Jan. 12 on one of the most widely promised reforms of the post-Lehman Brothers era: forcing the biggest banks to keep more cash on hand in case of crisis.

The much-ballyhooed reform package, known as Basel III, was to raise the amount of cash or liquid assets any bank was required to hold in reserve. The pre-2008 ratio — 3 percent cash to debt — was widely regarded as insufficient and led to risky behavior by banks that always assumed national governments would bail them out.

But instead of raising the bar, the world’s most important bank regulating body after the Federal Reserve in Washington actually loosened the requirements. It chose to hold banks’ ratio of cash to loans at the paltry 3 percent rate, and to endorse accounting tricks that will allow banks to hide just how much outstanding debt they are really carrying.

It’s a victory for bank lobbyists, a sellout by politicians who vowed “never again,” and a blow to the world’s taxpayers whose money will now remain hostage to the riskiest kind of casino capitalism.

The banks themselves argued that higher capital requirements would destabilize their institutions, force them to stop making loans to instead build up reserves and possibly halt the economic recovery. Politicians in Europe, it seems, could not face down that threat.

Basel’s decision is a standard rather than a law, and as such it mostly affects big European banks and others outside the United States.

Last summer, the US Federal Reserve raised its standard in line with promises by the Obama administration to a far tougher 6 percent reserve requirement.

The details are complex, but generally speaking, the eight largest US banks — said to have “systemic importance” (banker talk for “too big to fail”) — will be required to hold 5 percent in reserve, and their federally insured bank holding companies even more — 6 percent — once the rules take effect next year.

Put simply, that means the bank must have $5 in its vault for every $100 it has lent or otherwise invested. This rule of thumb is supposed to carry the bank through any liquidity crisis, and to be enforced by national authorities — in the US, that’s the Federal Reserve.

But if Americans think the Fed’s more rational ruling gets them off the hook, they haven’t been reading the financial pages. The globalized nature of finance means a crisis anywhere leads to contagion, and plenty of US banks have foreign subsidiaries that will now be able to take advantage of Europe’s riskier standards. (See JPMorgan Chase’s “London whale” episode for an example.)

Indeed, as the 2008 crisis showed, the weakest link can bring the whole chain crashing down, and national borders do little to halt it.

A key flaw in the accounting muddle that destroyed Lehman Brothers was its use of a London subsidiary to reclassify billions in toxic debt as assets — a notorious ploy known as Repo 105.

And the man who brought down AIG, the global insurance giant that had stupidly agreed to insure all that bad debt, was its London-based head of the Financial Products unit, Joseph Cassano. His trades forced the US Treasury to step in with a $180-billion bailout.

Time and again, at HSBC, UBS and other shops, the looser regulation of the City of London has attracted risk takers — often costing the US taxpayer in the end.

The head of the International Monetary Fund, Christine Legarde, said in May she was “worried about national differences in the calculation of the riskiness of assets — the very basis for determining the capital needs of all banks, and the success of the new rules. In an interconnected world, the lowest common denominator is connected to all.”

Studies consistently show that the world’s banks were badly undercapitalized at the start of the 2008 crisis — sometimes drastically so. Along with new and poorly understood investment vehicles that were regarded as assets but actually turned out to be very bad debts, this led banks, investors and regulators to badly misjudge the financial health of many large institutions, including Bear Stearns, Lehman Brothers and Merrill Lynch, all effectively wiped out by the crisis.

In practical terms, Dodd-Frank and other reforms have added some protections — and in theory, at least, both the US and Europe now have the legal tools to run a controlled bankruptcy of a major financial institution if a Lehman-like crisis recurs.

But on capital requirements, the new Basel rules are looser even than the ones in place before 2008. That means European giants like Barclays, Commerzbank, Deutsche Bank, Santander, HSBC and many others regarded as “too big to fail” will continue to flirt with failure in the knowledge that national treasuries are standing ready to prevent disaster.

Indeed, the new Basel ruling not only fails to raise the capital requirement, it also allows banks to use a series of accounting methods to lower the real size of the risks on its balance sheet. European banks fought furiously for this rule as many of them, particularly in Germany, France and Italy, remain in fragile shape due to the one-two punch of Lehman 2008 and later the euro zone sovereign debt crisis.

European banks and their regulators claim none of their major banks are wildly overleveraged right now. Should that make us feel better?

Consider this: Just five days before it went down in flames, Lehman Brothers boasted that it had an 11 percent reserve ratio. But that was only on paper. In retrospect, banking regulators realized that the exotic financial vehicles that became popular in the run-up to the crisis — mortgage-backed securities, collateralized debt obligations (CDOs) and many others — were listed as assets on bank balance sheets when they actually were the worst kind of debts.

Indeed, analysts suspect many large euro zone banks remain highly susceptible to crisis, though the European Central Bank (ECB) has of late made it clear it will step in and pump new euros into the economy at any sign of trouble. This mostly has involved buying government bonds of countries like Greece, Portugal and Spain to keep their borrowing rates under control. But if a giant European bank began teetering, would the tax money flow anew? The banks think so.

When crisis struck, Lehman and many other banks turned out to have capital ratios more like 2 percent, and when global markets realized it, they began dumping bank stocks, setting off a stampede that nearly took all of them down. Many financial regulators, and a majority of bankers, still think it was wrong to let Lehman fail.

Would European regulators be as determined to “teach a lesson” as their American counterparts were in 2008?

Basel III, the world was told, was going to make these problems strictly theoretical by ensuring banks had the capital they needed to weather almost any storm. In fact, the ruling gives the banks, and the European Central Bank that regulates them, every excuse to do nothing.

Something for the party in Davos to ponder.