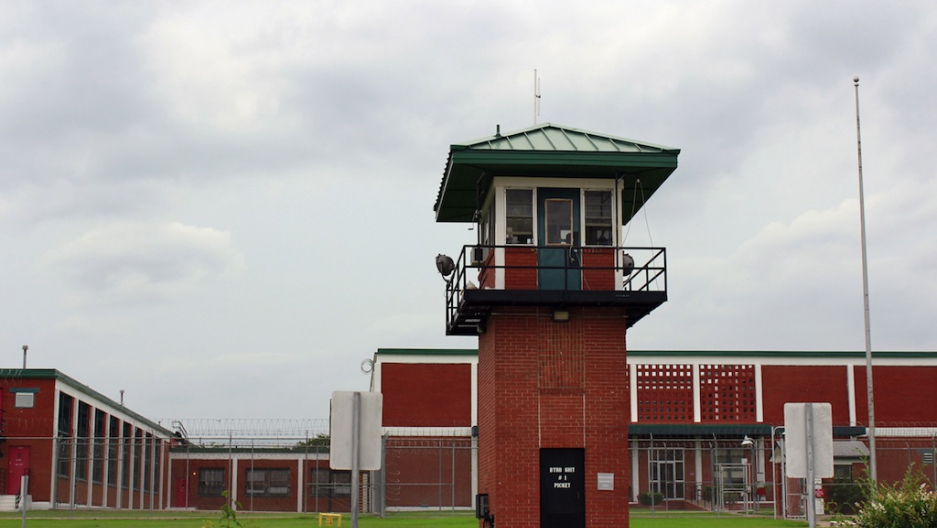 The Wynne Unit is pictured on May 21, 2013 in Huntsville, one of the seven prison units in Walker County, Texas.
Credit: AFP
Share

GENEVA — Edgar Tamayo Arias, an inmate on death row in Texas, is scheduled to die by lethal injection on Jan. 22. At stake is not only the life of this 46-year-old Mexican national, but also Texas’ respect for the Constitution of the United States and for international law. The case highlights how states treat detained foreign nationals, especially those facing capital punishment.

The case has attracted widespread attention from several sources, including the US State Department, the Mexican government, the International Court of Justice and the international community.

Tamayo, a native of Mexico’s Morelos state who came to the US to find work when he was 19 years old, was sentenced to death in October 1994 for the murder of Houston police officer Guy Gaddis in January that year. We do not doubt the seriousness of the crime, but the execution of Tamayo would be a clear breach of US and international law.

As well as violating international law, Texas would be potentially violating the Constitution of the United States by executing a person with “mild mental retardation,” a condition with which Tamayo has been diagnosed.
In the spotlight is the significance of an international treaty, the Vienna Convention on Consular Relations. Most countries, including the United States, are party to this convention, which provides a framework for consular relations between countries.

Under Article 36 of the Vienna Convention, foreign nationals must be notified “without delay” of their right to inform their consulate when detained. Yet when he was arrested, Tamayo was not informed of this right. Mexican authorities did not learn of the case until one week before his trial.

Preventing the Mexican government from ensuring adequate defense counsel for Tamayo was not a legal technicality. Concerns about the quality of the defense that Tamayo received at his trial include the court-appointed lawyer failing to present evidence of the defendant’s deprivations and abuse he suffered as a child, his developmental deficits, and a serious head injury he suffered when 17 and its impact on his behavior, including a worsening dependency on alcohol and drugs.

The case has sparked international legal and political issues. In 2004, the International Court of Justice–the United Nations’ highest judicial body–ruled that the US had violated the Vienna Convention in the cases of 51 people sentenced to death, including Tamayo. In its “Avena judgment,” the court ordered the US to review the convictions to establish whether the defense of these defendants had been harmed by violations of the Vienna Convention.

Both the Bush and Obama administrations have urged US states to cooperate with the International Court of Justice. Yet Texas authorities have not reviewed Tamayo’s case, even though the US government has undertaken to comply with all International Court of Justice judgments to which it is a party. If Tamayo’s execution goes ahead, the US will be in breach of its binding legal obligations.

In September 2013, Secretary of State John Kerry wrote to Texas Governor Rick Perry, urging that an execution date for Tamayo not be set.

He warned that the execution could have serious diplomatic repercussions and that it would be “extremely detrimental to the interests of the United States”—including by damaging relations between the US and Mexico, and complicating the US government’s ability to help American nationals detained abroad. Such US citizens benefit from the Vienna Convention, with consular visits ensuring food, medical care and legal representation.

Meanwhile, Mexican officials–including the country’s foreign minister and its ambassador to the US–have reportedly intervened, seeking a stay of execution and asking for Texas to cooperate with the judgment of the International Court of Justice.

The International Commission against the Death Penalty–an independent body opposed to capital punishment and led by a group of high-profile commissioners from across the world–is urging Texas authorities not to proceed with Tamayo’s execution.

As members of the commission, we appeal to them to investigate the case, hold a hearing to review the violation of the Vienna Convention and consider commutation of the death sentence to a term of imprisonment.

We also urge Texas to introduce a moratorium on executions in line with UN General Assembly Resolutions. This is possible. So far, 18 states have abolished capital punishment and others are moving in that direction. Most recently, in 2011, the Governor of Oregon declared a moratorium on all executions.

Those 18 states join some 150 countries that have abolished capital punishment or do not execute. These nations have recognized that modern justice systems can protect the public from crime without the death penalty’s cruelty and constant risk of executing the innocent. Abolitionist nations often have lower murder rates than those that execute.

The US Congress should enact urgent legislation to implement the International Court of Justice’s Avena judgment. The hope must be that the authorities in Texas will grant a stay of execution for Tamayo–showing respect for international law and the US Constitution and, by fully reviewing the case, allowing justice to fully run its course.

The writers are members of the International Commission against the Death Penalty (www.icomdp.org), an independent body of politically influential people supported by a diverse group of 18 governments. Bill Richardson is former governor of New Mexico. Federico Mayor is president of ICDP, former director general, UNESCO, and former minister of Education and Science of Spain.