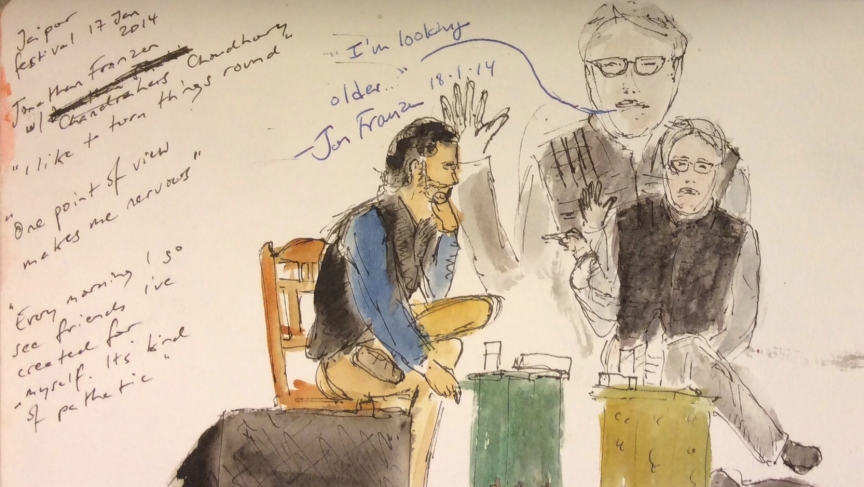 You'll often find BBC Correspondent Andrew North in the midst of a war zone recording the chaos with a microphone in hand and reporter's notebook in his back pocket.  But for the past 18 months North has added new tools to his reporting kit, a sketchpad and watercolors.

He's been experimenting with what he calls "news sketches" where he quickly records the scene and tweets out his pictures.

His sketches, rendered in minutes, capture a snapshot of a moment.

"In a way it's kind of similar to the early photographers where first photographers had one plate in their camera and they took their moment and that's it," said North.

Of course drawing so quickly does lead to mistakes says North, but those mistakes are all part of the process.

"I've been trying to accept mistakes. If I'm not quite happy with it I scratch around with my pen and that also adds to the immediacy of it," he said.

Recently, North tweeted a series of his news sketches from the Jaipur Literary Festival in India where he drew audience members and lecture panelists and writers.

Writers Gloria Steinem and Jonathan Franzen even make an appearance in some of his sketches.  The drawings have been getting quite a bit of buzz.

"In some ways perhaps it's more personal, if you're there sketching it, you are really saying, 'This is the way I saw things,'" said North.