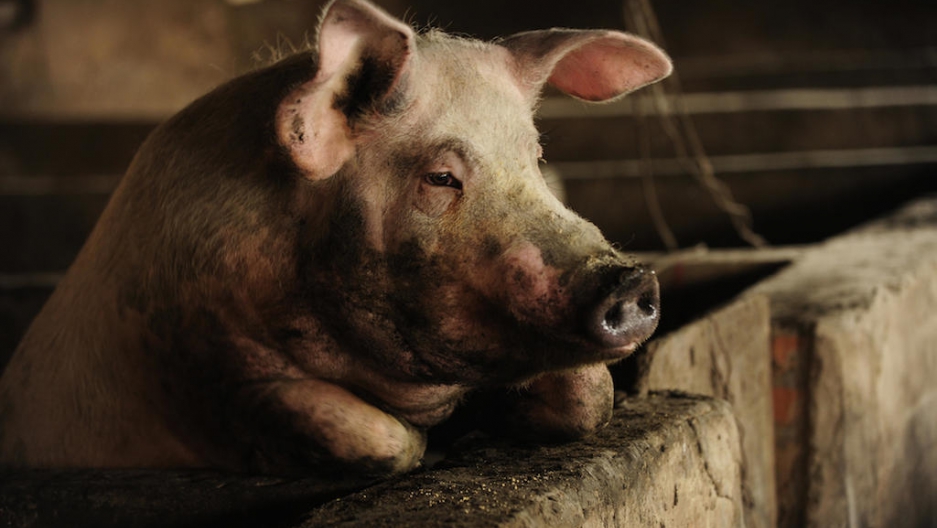 HONG KONG — The good news and bad news of America’s trade relationship with China can be summed up in a single word: soybeans.

First, the good news. Last year was a banner year for American exports. The United States shipped more than $120 billion of goods to the People’s Republic, according to data from the US International Trade Commission. That’s a new high — nearly 7 percent over the 2012 total.

Even better news: American exports to China are growing faster than the reverse. US imports from China rose only 3.3 percent in 2013.

Since 2003, US exports to China have grown by 389 percent. Only one country, Brazil, had a faster-growing appetite for what American sells. China is now the third biggest market for US merchandise after our NAFTA neighbors, Canada and Mexico.

Now for the bad news. The trade gap is still so vast that even if this great growth rate continues, it would take 38 years for America to close it. (At which point, presumably, America’s top export would be Ford Tough© Flying Cars.)

To put that in cold numbers, the value of all made-in-China merchandise bought by Americans last year came to $438.8 billion, yielding a deficit of $318.2 billion.

So what do soybeans have to do with all this?

You may not know it, but soybeans are far and away the US’s top export to China. In 2012, grain-belt states sold $14.8 billion worth to the People’s Republic, which uses it to feed pigs and other livestock.

It’s a coup for American farmers, certainly, and a sign of the country’s proud agricultural heritage and strength.

But it’s also a sign of a worrying trend in Sino-US trade.

For decades, Chinese goods have had a reputation for being cheap, low-tech, and shoddy. In the last few years, however, that situation has changed. Now, the US imports far more high-tech stuff from China than it exports. In 2012, the US ran a $119 billion trade deficit in high-tech merchandise, up from $21 billion in 2003, according to a new report by the Congressional Research Service.

In other words, while people make cracks about the quality of made-in-China goods, a lot of what America sells to China is literally trash. Last year the US sent nearly $10 billion worth of waste and scrap to China.

Of course, America still has huge high-tech strengths, particularly when it comes to selling aircraft (thanks, Boeing). And China’s protectionist policies make it difficult for US manufacturers to compete on equal footing — let alone equal cost — with Chinese companies.

Still, it’s bracing to think that the America of 2014 is, from China’s trade perspective, a breadbasket, an air hangar, and a garbage heap.

Here’s a look at both countries’ top exports from 2012 for a deeper glimpse of the strengths and imbalances in US-China trade:

(Figures in US$ millions)

Semiconductors and other electronic components: 19,012