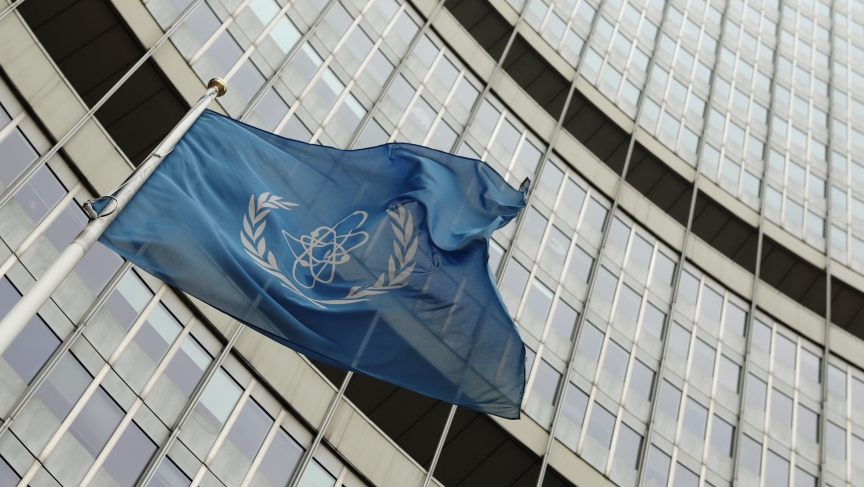 The flag of the International Atomic Energy Agency (IAEA) flies in front of its headquarters in Vienna on November 13, 2013. The agency has sent inspectors to Iran to oversee the implementation of the nuclear deal between Iran and the west.

Iran and the United States Monday took steps that seemed unthinkable just a few months ago: Iran began curbing uranium enrichment at some of its nuclear facilities and the White House said the US would begin easing some economic sanctions against Tehran.

The two steps are part of the interim deal Iran signed last November after years of diplomacy between Iran and western powers, including the United States, Russia, China, Britain, France and Germany.

Iran agreed to scale back its nuclear program in return for some relief from US and EU economic sanctions.

Thomas Erdbrink, Iran correspondent for The New York Times, says it's an historic day in Iran.

"For the past months, there has been an increasing level of excitement among normal people, but also among Iran's leadership," he says. "After 10 years of discussions, there is a sort of end in sight to the conflict with the west over Iran's nuclear program."

There was also a sense of optimism in the Iranian economy, with an increase of the value of the Iranian currency, the Rial, Erdbrink says.

Mehdi Amini, a clothing manufacturer and salesman in Tehran, echoed the positive sentiment.

Among the actions the US has promised is a loosening of restrictions on some financial transactions. Banking with Iran had become difficult or impossible because of limits on banking tranactions. The US will also lift sanctions on importing precious metals, such as gold, as well as car and air plane parts.

The International Atomic Energy Agency has inspectors on the ground in Iran who have already visited at least two of the nuclear sites, Fordo and Natanz.

"Today we saw these inspectors taking certain pieces of equipment down from dozens of centrifuges," Erdbrink says.

While this deal is seen positive by many both in Iran and in the US, there are those who challenge it. Erdbrink says the deal, which was reached by new President Hasan Rouhani and his negotiating team, has been criticized by hardline factions.

"For almost a decade, Iran's leaders have been telling the Iranian nation that they must resist the west and that they must stand up for their nuclear rights," he says. "[This] small but influential group of hardliners" will continue to attack this deal in the coming months.