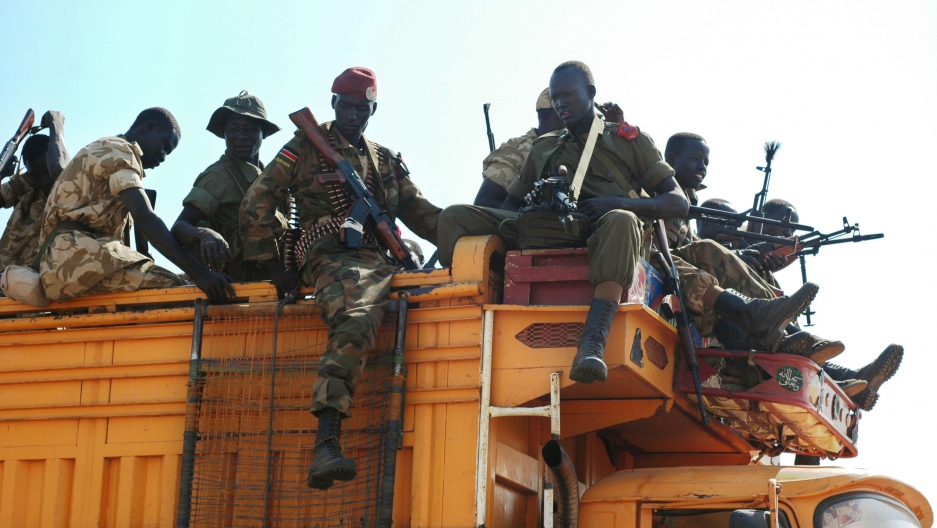 NAIROBI, Kenya — Few countries have invested as much goodwill and diplomatic energy in the birth of South Sudan as the United States. And few presidents have tied their legacies more tightly to the fledgling nation than George W. Bush, for whom the 2005 Comprehensive Peace Agreement (CPA) that ended 22-years of civil war and paved the way for independence was the signal foreign policy success of his administration.

But now the country is descending into chaos, ignoring Washington’s pleas for peace and forcing three administrations’ worth of diplomats and activists to wonder whether they misjudged the Sudanese situation all along.

It has been over a month since a political dispute erupted in gun battles in the capital Juba: On Dec. 15, forces loyal to former Vice President Riek Machar were accused of an attempted coup against President Salva Kiir. Since then nearly half a million people have been forced to flee their homes and some estimates say that as many as 10,000 may have been killed. The fighting threatens to tip the country into all-out civil war as political differences are settled along tribal lines.

The leverage Washington thought it had in the region is proving useless. This week Assistant Secretary of State for African Affairs Linda Thomas-Greenfield told a congressional hearing that “an all-out effort” was being made to end the crisis that began in mid-December. Yet nothing has so far been achieved: no cease-fire, no progress at peace talks in Addis Ababa, no humanitarian corridors in the warzones, no end to the killing, misery and ethnic cleansing.

Watching the country tear itself apart is “devastating,” said Cameron Hudson, a former director for African affairs at the National Security Council who was involved in the CPA negotiations.

Washington’s apparent impotence in the new conflict also raises the question of how much influence the US had in Sudan to begin with. “I was at the White House during the Bush administration doing Sudan and there were many moments where we counseled them to do one thing and they did another,” said Hudson, who feels American control over the region has long been overstated.

In 2007 South Sudan’s leaders ignored US advice and withdrew from the government of national unity. In 2010 it went ahead and bought a shipment of T72 tanks from a Ukrainian arms dealer and in 2012 it attacked the disputed Heglig oil field in the border zone between north and south.

The US has been losing South Sudan for years. The turning point, said Hudson, was independence in 2011, after which US dollars were less powerful because the south had a fair share of oil revenues, and US influence was less important as a bulwark against the machinations of Khartoum in seeking to undermine southern independence.

Feeling disappointed and betrayed by the behavior of the South’s top leadership, many American stalwarts of the South Sudanese project are now questioning their own strategy over the past two decades.

“For a generation of leaders and activists there’s a concern that our closeness and our sympathy got in the way of giving [South Sudan] the tough love that has been required for a long time,” Hudson said.

Ed Royce, chairman of the House Committee on Foreign Affairs, opened this week’s hearing on South Sudan calling the fighting “infuriating.” He warned that the long US involvement “and diplomatic success may have skewed the judgment of the US government.”

The depth of American dismay became clear last summer when some of South Sudan’s oldest and closest US friends wrote an open letter to Kiir ahead of the second independence anniversary, expressing their deep disappointment with the direction things were headed.

Ted Dagne, John Prendergast, Eric Reeves and Roger Winter, all influential lobbyists for South Sudan, wrote in anguished tones that they had “committed more than two decades of our lives to the great cause of a just peace for the people of South Sudan.”

They compared the South Sudanese security forces’ ethnic pogroms, rape, and murder to similar crimes committed by the old enemy, Khartoum. “We cannot turn a blind eye when yesterday’s victims become today’s perpetrators,” they wrote, warning of corruption in the new country as well.

This heartfelt letter, sent by some of South Sudan’s most long-standing and influential friends in Washington — who had made the case for the country before it existed, who had formed the core of a powerful lobby group nicknamed the “midwives” for its role in South Sudan’s birth — had zero impact.

Rather than address these concerns Kiir fired his then-deputy Machar just a few weeks later, setting the stage for December’s explosion.

During a recent Senate hearing Princeton Lyman, a former US special envoy for the Sudans, made a tacit admission that the US-South Sudan relationship was frayed. “A new partnership between South Sudan and the international community must now be forged to preserve all that has been invested in this new nation,” said Lyman.

Last week in Nairobi the Rift Valley Institute think tank brought together members of South Sudan’s civil society to discuss the chances for peace. Many spoke of the need to address the underlying issues and not simply patch together another short-term political deal.

“If you don’t pay attention to the complex social, political, military and security issues then any kind of deal will simply be a way of deferring violence until another trigger comes and the country will blow up as it has now,” said Jok Maduk Jok, co-founder of the Juba-based Sudd Institute.

But there was also a widely expressed hope that the eruption of violence can be turned into an opportunity to remake South Sudan. “There’s a need to approach these peace talks in a holistic manner, to go beyond what is happening in Addis to engage those people most affected by the conflict because these leaders are not affected,” said David Deng, director of research at the South Sudan Law Society.

Hudson does not share such optimism. “The talks are a complete sideshow. Talks for what? A power-sharing government is what we had,” he said. “This is going to be won on the battlefield.”