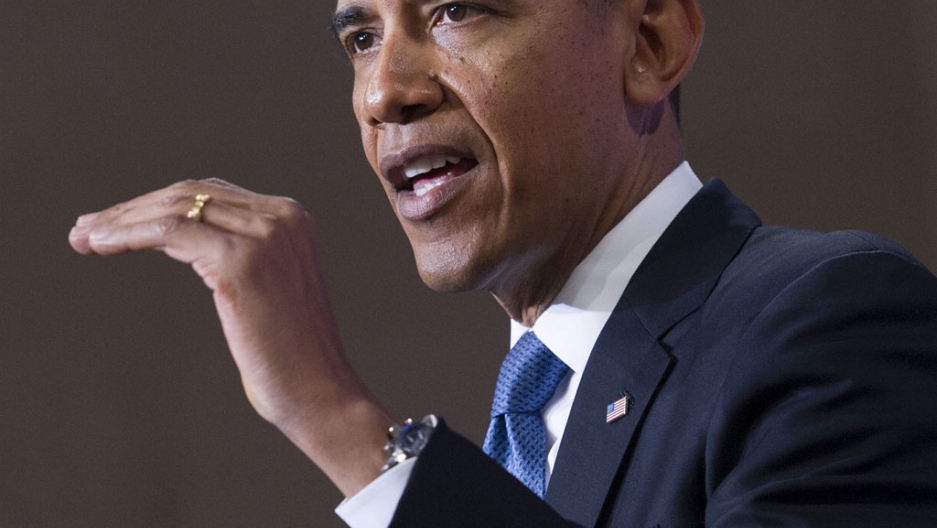 US President Barack Obama speaks about NSA surveillance techniques at the US Department of Justice in Washington, DC, Jan. 17, 2014.
Credit: Jim Watson
Share

BERLIN, Germany — Germany's foreign minister welcomed President Obama's official pledge to curb the powers of the National Security Agency (NSA) on Friday. But a quiet unease lingers across Berlin and many other European capitals.

“President Obama outlined a process for restricting the agency that will include both Congress and the public,” German foreign minister Frank-Walter Steinmeier said.

Now the balance between America's security needs and the protection of civil liberties must be adjusted in the right way, the foreign minister added.

As Obama himself phrased it, “It is not enough for leaders to say: Trust us, we won’t abuse the data we collect.” In Europe, questions remain regarding whether the measures Obama announced Friday go far enough in including America's allies in the oversight and restriction of the NSA.

“He's a very good speaker, but the substance of his message was not very ambitious,” said Peter Schaar, Germany's former commissioner for data protection and freedom of information.

“He said that US secret services will respect privacy, but there are very few additional guarantees and safeguards and most of them are limited to US persons,” Schaar told GlobalPost.

As a result, the pledges are unlikely to silence the president's critics across the Atlantic.

"Only when we have signed a legally binding treaty that protects all [European] citizens will the lost trust be won back," said German Justice Minister Heiko Maas.

“Almost all the NSA's integral freedom of action was preserved, and only a handful of the 46 proposals submitted by a committee of experts in December were endorsed,” concluded France's Le Monde newspaper.

“Obama did not announce any new protections for non-Americans abroad, instead punting the issue to his top officials for further consideration. Nor did he address the NSA’s secret weakening of encryption standards,” wrote the UK's Guardian newspaper, referring to its own report that American and British intelligence agencies are able to bypass codes that supposedly allow internet users to protect their personal data, online transactions and emails.

“For me, limiting the use of metadata [from phone contacts] to only two steps is the only real news,” said Schaar, the former German data protection commissioner. But those rules for collecting and analyzing phone call information would still be illegal under German law, which limits the examination of a suspect's phone contacts to only one step, he said.

From Europe's perspective, Obama's speech focused on reassuring American citizens that new measures will protect their privacy. But beginning with a nod to “totalitarian states like East Germany,” the US president repeatedly offered concessions to NSA critics abroad.

He promised to make public more of the decisions of the Foreign Intelligence Surveillance Court, which provides judicial review of America's intelligence activities, including the Section 702 program targeting foreign individuals overseas, and the Section 215 telephone metadata program.

He announced new, but as yet unspecified, limitations on the government's right to retain, search, and use that information in criminal cases.

He revealed that he has directed the US attorney general to limit the scope of the so-called “national security letters” that the FBI uses to order companies to provide information about their customers so that they are only valid for a fixed period, instead of remaining in force indefinitely.

And he announced that effective immediately the NSA would limit its efforts to collect data to telephone calls that are two steps removed from a number associated with a terrorist organization instead of the previous three.

“The president for the first time ... acknowledged that non-US persons have privacy rights in the context of our overseas collection. It is very hard to overstate the sort of spiritual importance of that statement,” said Benjamin Wittes, a senior fellow at the Brookings Institute.

But Europe is looking for practical measures, not spiritual ones. And that means critics like Jan Philipp Albrecht, a German member of the European Parliament's committee on civil liberties, justice and home affairs, will continue to fight for a tough anti-surveillance law in Europe — which could make companies like Google and Facebook subject to a 100 million euro fine if they turn over EU citizens' data to US spies.

Albrecht continues to believe European countries should stop the transfer of banking information and details about airline passengers until the US agrees to legally enforceable measures to prevent the NSA from spying on European citizens.

“Each day that passes with no agreement leads to the further erosion of European citizens' data protection rights,” Albrecht said.