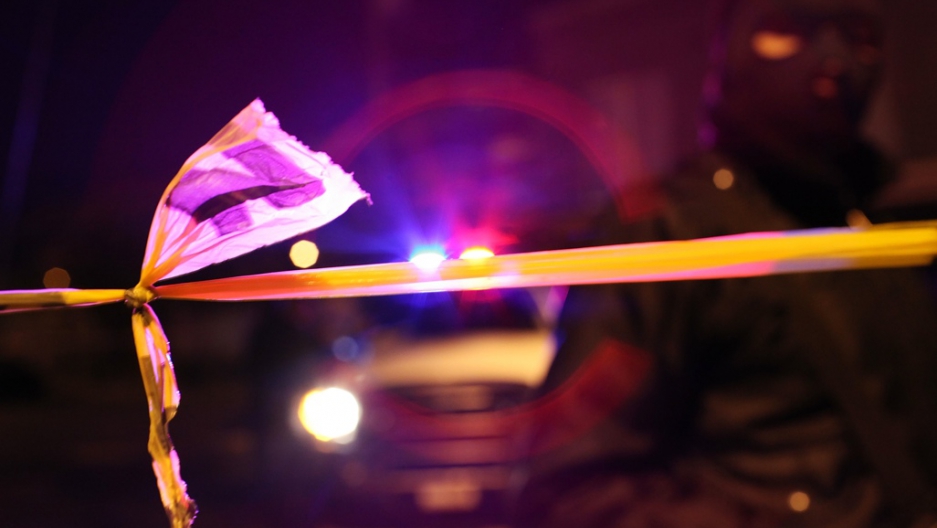 Police stand near a car where the body of a 13-year-old boy lies dead, one of numerous murders over a 24 hour period, on March 25, 2010 in Juarez, Mexico.
Credit: Spencer Platt
Share

The human toll of Latin America’s unwanted status as the most homicidal region on Earth has long been all too clear. But experts are now focusing on the staggering economic cost of bloodshed that’s left more than 1 million people dead in the region since 2000.

According to a recent United Nations study, “excess mortality” caused by high murder rates cost Latin America 0.5 percent of its gross domestic product, or $24 billion, in 2009. That percentage rises dramatically for the most violent countries. Honduras — one of the world’s most murderous nations, and one of the Western Hemisphere’s poorest — lost 10.5 percent of its economic output.

Even Chile and Uruguay, two of the region’s safest countries, each squandered roughly 3 percent of their 2010 GDP on crime and violence (p. 103 of the UN study). As a part of the world where millions don’t get three square meals a day, Latin America is not in a position to be blowing that kind of cash.

Even those dramatic numbers may seriously underestimate the cumulative price tag, over time, of Latin America’s bloodbath. Another study, by the World Bank, calculated that a 10 percent drop in the sky-high murder rates of Central America’s most dangerous nations — which would still leave Honduras, El Salvador and Guatemala as some of the planet’s deadliest peacetime places — could increase annual economic growth by an entire percentage point. Over several decades, that extra growth would build up significantly, and could eventually make the big difference between a country having the living standards of Switzerland or, well, Honduras.

Calculating a definitive bill for the violence is close to impossible. How, for example, do you put a price tag on the 331 million years of human life that the UN estimates were lost in 2009 alone? And how would you gauge the counterfactual of investments never made because of the risk of violence and robbery? Nevertheless, experts reached the figures above using factors such as extra health care costs, billions blown on policing and private security rather than productive activities, surging prison budgets, and consumers too afraid to leave their homes to spend their hard-earned cash.

Although the drug cartels have killed thousands, that bloodshed is concentrated in relatively small pockets of a region that's home to 600 million people. For the most part, Latin America’s high murder rates have more mundane causes, like street crime and domestic violence.

The forces behind the violence are complex, but have much to do with social breakdown and, the UN says, the limited professionalism of police forces and justice systems — polite diplo-speak for widespread corruption and incompetence. According to the UN, 1 in every 3 prisoners in a survey of six Latin American nations’ incarcerated populations left home before the age of 15.

Although Colombia’s murder rate remains seven times higher than that of the United States, the country has managed to reduce homicides since the dark days of the 1980s and 1990s when drug kingpin Pablo Escobar ran amok.

Colombia still has a long way to go, says Camilo Reyes, executive director of the country’s American Chamber of Commerce. But he attributes the homicide reduction to strong state institutions, including courts that actually deliver justice: “We have managed to maintain a separation of powers in Colombia. It is precarious sometimes, but we do have that, including the justice system.”

Perhaps one of the most surprising findings is that some Latin American homicide rates have risen even as poverty has waned. The UN explains this paradox by pointing to factors including weak public institutions — governing everything from public schools to the courts — and one of the world’s widest rich-poor gaps. It also cites rapid “disorganized” urban growth, outstripping governments’ ability to provide basic services in new neighborhoods. In fact, there’s a direct correlation in most Latin American countries between urban growth of more than 2 percent per year and high rates of violence, the UN says.

And the organization blames growing materialism for “aspirational crimes,” in which young people from the wrong side of the tracks see crime as the only way to access the consumer lifestyle rubbed in their faces by advertising.

Another key finding is that “iron fist” policing does not work. “Strong police and criminal repression in the region have often coincided with high crime rates,” the UN notes dryly. Gustavo Beliz, an expert at the Inter-American Development Bank, told GlobalPost what’s really needed are smarter, not tougher, strategies from police forces that currently lack everything from “credible and detailed crime databases to community police training.” Comprehensive social policies, addressing not just poverty but family breakdown and schooling, are also needed to break the cycle of violence from one generation to another, Beliz said.