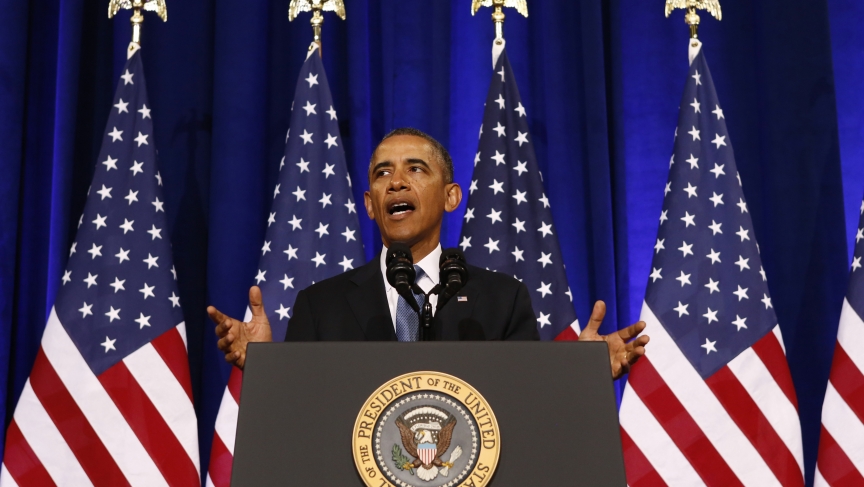 President Obama on Friday announced broad changes to the way the National Security Agency conducts surveillance. It was his response to months of embarrassing revelations based on documents leaked by former NSA contractor Edward Snowden.

Obama said he's ending the NSA's bulk collection of phone records "as it currently exists." The NSA will now need judicial permission before accessing the metadata about calls.

This applies to foreign leaders, as well. In fact, Obama said the US will no longer eavesdrop on allied leaders. But the president forcefully defended the need for continuing American surveillance to help keep the world safe:

"We know that the intelligence services of other countries, including some who feign surprise over the Snowden disclosures, are constantly probing our government and private sector networks, and accelerating programs to listen to our conversations, intercept our emails, or compromise our systems. Meanwhile, a number of countries, including some who have loudly criticized the NSA, privately acknowledge that America has special responsibilities as the world's only superpower; that our intelligence capabilities are critical to meeting these responsibilities; and that they themselves have relied on the information we obtain to protect their own people."

The president said the changes will take time to implement. And the government is not giving up on tracking and monitoring phone calls.

Obama said, "The bottom line is that people around the world, regardless of their nationality, should know that the United States is not spying on ordinary people who don't threaten our national security. We take their privacy concerns into account in our policies and procedures."

So do people around the world believe this? We checked in with some tech-savvy and connected young people.

Christoph Derndorfer, who works in education technology in Vienna, Austria, has a different take on the spying debate.

"I see two levels," he says. "The first is the philosophical level: Do we want to live in societies where there is constant surveillance of everything we do? ... Definitely, no. But the second question is: It is really the right tool for this job?"

Derndorfer says 'no' again. He doesn't think the cost benefit ratio of the NSA spying programs can be justified, and he says there isn't much public data about the programs to back up their usefulness.

He doesn't particularly worry about his own government — Austria — spying on him. "Maybe I should, but I don't think that they really have, on some level, the smarts to do that. Maybe that is naive, but the reality is that the way the Internet works, it is a very US-centric entity at the end of the day." What concerns him more is the possible overlap between American intelligence agencies and US-based Internet giants, like Apple and Microsoft.

Wafa Ben-Hassine, an American of Tunisian descent living in the Netherlands, says her biggest concern is what all this talk about NSA surveillance says about the US. She's a law student and human rights activitist, writing the blog The Poetic Politico.

"I think an important thing to remember here is that these types of practices do not represent what the United States of America stands for," she says. "As a country, we have made it known to the world that we stand for the values of democracy and liberty, and civil liberties of any individual. And I certainly don't think that [mass surveillance] is the message that we want to portray to the world, and that we have portrayed to the world."

All three were cautious about casting Edward Snowden in the role of a hero. But none pegged him as a villain, either. Ben-Hassine says Snowden started a conversation that allowed people to find out more information, and that was a big step forward.