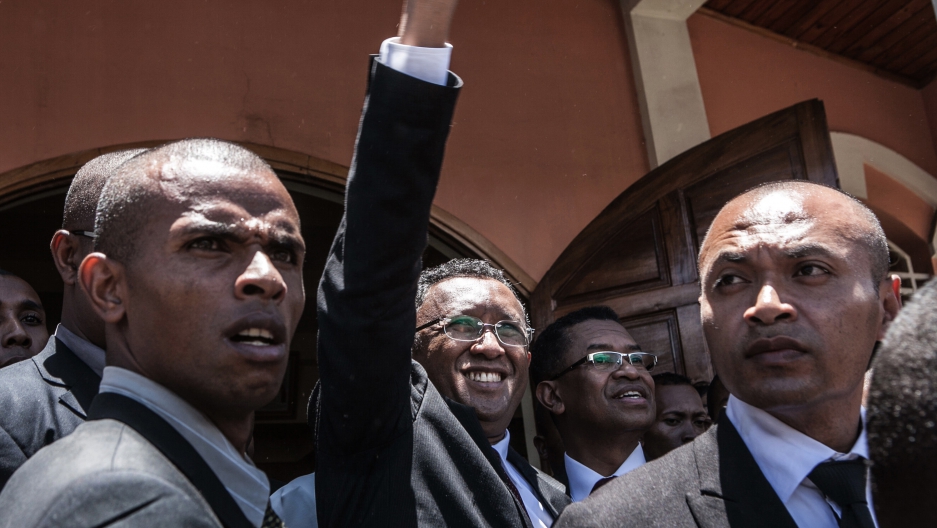 Hery Rajaonarimampianina (center) celebrates after being declared president of Madagascar by an electoral courthouse in Antananarivo on January 17, 2014.
Credit: Rijasolo
Share

JOHANNESBURG, South Africa — The election of Hery Rajaonarimampianina as Madagascar's new president sets the ultimate challenge for radio and TV newsreaders around the world: properly pronouncing his name.

Rajaonarimampianina, who was confirmed Friday as president by the country's electoral court, has the longest name of any head of state, with 19 letters in his surname.

The name Hery Rajaonarimampianina looks a mouthful to non-Malagasy people. So how do you pronounce it?

GlobalPost asked Mialy Andriamananjara, who was born in Madagascar and now lives in the Washington, DC area, to help us out.

Andriamananjara said the president's surname should be pronounced like this: RAH-DJAW-NAH-RI-MAM-PEE-AH-NEE-N

The "a" on the end of Rajaonarimampianina is almost silent, and the last few syllables sort of blend together, she explained.